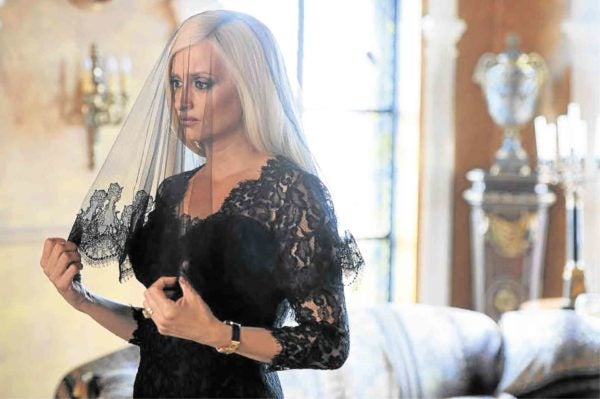 LOS ANGELES—“What about Donatella? That was my first question—would she be happy with this?”

Penélope Cruz initially balked at playing Donatella Versace in “The Assassination of Gianni Versace: American Crime Story,” because she has known the designer for many years.

What Ryan Murphy, who directs and produces the FX miniseries, told Penélope convinced the Oscar-winning actress to take on the role. Penélope, looking like a beautiful bride in a white floor-length dress by Burberry, with her hair swept up, talked to us about playing Donatella, who remarkably took over her brother Gianni’s fashion empire after he was killed by Andrew Cunanan.

From a teenage fan of Gianni who dreamed about wearing one of his creations someday, Penelope now has dresses designed for her by Donatella, with the fashion sketches bearing the actress’ face, no less. That was why Penelope hesitated at first to accept Ryan’s offer to play Donatella.

Now, the Spanish actress is deep into filming “The Assassination of Gianni Versace” with Edgar Ramirez (as Gianni), Darren Criss (Andrew Cunanan) and Ricky Martin (Antonio D’Amico, Gianni’s longtime boyfriend). We interviewed Penélope inside Versace’s former mansion in Miami where some of the crucial scenes were shot.

Is it more intimidating to portray someone that you’re friends with? I don’t know if I’d say we are friends, but we have seen each other on different occasions, on and off, around the last 15 years. I worked very closely with the House of Versace. Every time I’ve been with Donatella and everybody who works with her, they’re some of the most generous people I have ever met.

I always liked Donatella. She’s a strong, affectionate, generous woman. When Ryan called me, I was very excited because I love Ryan. Everything he does is successful because he’s so good. Everybody who works with him loves him. I met him when he was working with Javier in “Eat Pray Love.”

When he called to say that he wanted me to play Donatella, I was completely shocked because I had no idea they were going to do this project. There were 20 seconds of silence, with my brain going like, would Donatella be happy with this?

I listened to what Ryan wanted to do. He said, I don’t think there has ever been a project that shows what a heroine this woman is because of everything she went through. When she had to face a situation she wasn’t prepared for, when everything happened with her brother, and she was going through pain and loss, she had to get strength from where she didn’t have it.

Everything that her brother created, she kept it going. I’m sure that was because she has so much love for him. But here she is, and the House of Versace is stronger than ever. It’s incredible what she has done.

Now that I know more details about their relationship, it’s a beautiful love story. They were brother and sister who were close to each other from when they were little kids. I want to do this with that passion, dedication and respect for the truth. 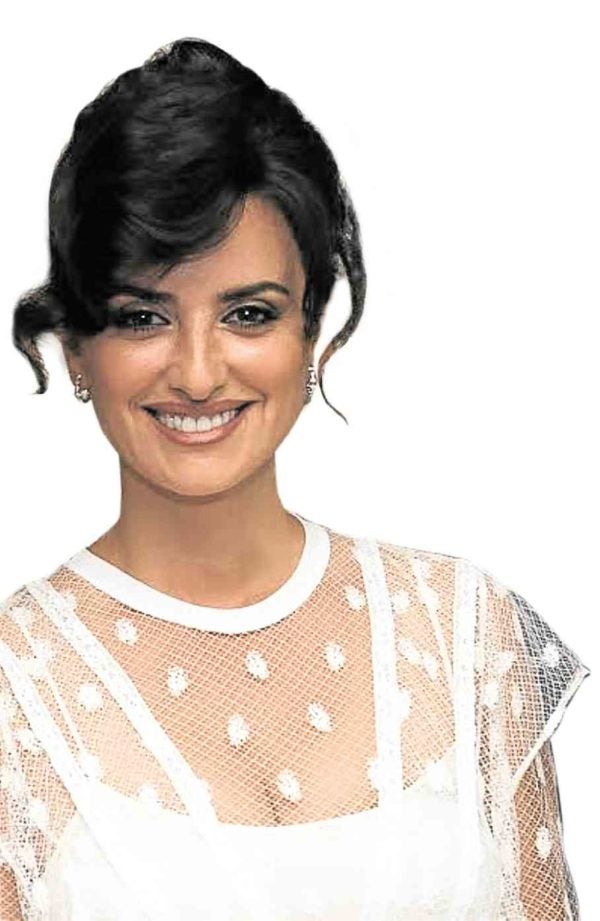 What do you think makes Donatella an admirable woman in these times? Donatella had to handle the pressure of managing the House of Versace and making major decisions at a time when she was going through so much grief and desperation. She lost one of the people she loved the most. That’s why I call her a heroine, because not everybody can handle that amount of pressure.

In the script, it’s very beautiful the way Donatella talks about the way Gianni created this House and how it started from a little store in Milan. It’s so emotional because she says she wants to continue what she had created with this man.

They created from nothing, and they were very poor. That’s where she gets the strength to continue, for him. Because in a way, he’s alive. What he created continues to be alive. She fought a lot for that.

You were 18 when the murder happened. I remember the day very well. I was studying in New York and starting to work in movies, but I was really there to keep working on my English. I was a huge fan of Versace. At the time, I didn’t know him or Donatella. He has always been one of my top three favorite designers…and Donatella, too.

I heard that news and couldn’t believe it. He was young and full of life. It was sad and horrible. This (show), at least in the way I’m experiencing it, is a dedication to him. He’s present in every corner (of this house).

What was your relationship to Versace? I knew every single piece from Versace when I was 15 (laughs). I was a big fan. I was thinking, maybe one day I’ll get to wear his [creations]. Now, when they make things for me, by Donatella, they put my face on the sketches.

How does the show portray Donatella’s relationship with Antonio? In the script, Donatella and Antonio don’t have the best relationship. I’m not going to give you too many details, but there’s tension there.

Ricky Martin mentioned reading a scene in which there’s “hate” between your character and Antonio. Not hate, but there was a big distrust. She wanted more from Antonio in terms of what he gave to her brother. But I wouldn’t say it was hate.

Can you talk about the hair and make-up process you have to undergo to play Donatella? I don’t wear prosthetics because in the ’90s, I don’t think Donatella had done any work. There are different wigs and colored lenses, because my eyes are brown. She has a little more green honey color.

The eyebrows are important, too. Her eyebrows are so white that you almost don’t see them. That changes the eyes a lot. It’s like a three-hour process. It’s the same as when I was playing Virginia Vallejo in Colombia, with the wigs and that much makeup.

Can you talk about the film you’re going to shoot after this, the untitled Asghar Farhadi project? At the end of August, we’ll start shooting in Madrid. I consider Asghar Farhadi a genius. That shoots for four months.

My character suffers so much. There’s a very important thing that happens to her. So I feel OK, then I’m dressed in a way that is very different, almost without makeup.

What else do you have coming up? We finished “Escobar.” They’re editing it now. We’re very happy with that. A load of tough scenes because imagine what goes on in that world. There has been a lot of movies that have the character of (late Colombian drug lord Pablo) Escobar in them. I’m not saying it’s better, but it’s different because you see the whole thing from the beginning.

“Escobar” is focused on his relationship with my character Virginia Vallejo, who was a journalist who trained him to talk to the people and educated him on how to connect with the press. Then, they started a relationship. When she wanted to get out, it was too late. I think the movie is going to be good.