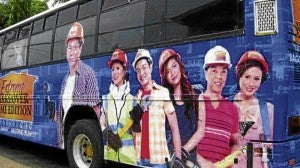 THE bus for the reality show “The Extreme Makeover” arrives in the neighborhood.

Five reality shows will be launched on TV5 next year as the Kapatid network strives to compete on equal terms with rival stations ABS-CBN and GMA 7.

“For 2012, we’ve decided that it’s time to start doing more reality shows to give our audience something fresh,” he told the Inquirer. “Reality shows will be the network’s new ingredient. Kumbaga sa menu, nagkaroon ng bagong page.”

Intalan said reality shows will provide much-needed diversity in their everyday programming, although TV5 will continue to create teleseryes, sitcoms and variety shows. “It’s always nice to have a good mix,” he explained, adding that the network doesn’t want to tire the viewers by airing one soap after another.

“The show has been in production for almost a year now,” Intalan said of the show—hosted by Paolo Bediones and Tessa Prieto-Valdes—which has already built or overhauled eight houses to date. “The toughest part of this project is making sure the families indeed own the house and lot. We don’t want to end up renovating a house, only to find out someone contesting its ownership.” 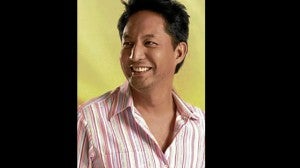 As its title suggests, “Temptation Island” is inspired by the ’80s camp film of the same name directed by Joey Gosiengfiao. “With a group of gorgeous men and women shipwrecked on a desert island, drama, catfights and even romance are bound to happen,” Intalan said.

Intalan pointed out that reality shows can help the network discover and develop more homegrown talents. “Some of the contestants might get absorbed (by TV5) eventually,” he said. “And as we’ve seen in the past, some people make it in show business. That’s also one good byproduct of having reality shows.”

He said 2011 has been “a very good year” for the network, with more programs and exclusive contract stars.

He also believes TV5 has gained sufficient steam to march on to 2012. “We still have a lot things to achieve and new grounds to break. The momentum is on our side and we don’t want to lose that.” 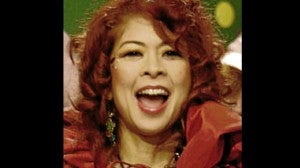 How will the network sustain or build on this momentum?

“We’re not afraid to try out new things,” he said. “We motivate ourselves to continue growing and experimenting. We’ll do our best to make television fresh and dynamic.”

“I think we’re already quite formidable right now,” Intalan said. “We have talents who are more than competent to do the new shows. But of course it would be nice to work with a lot more people. Our doors are open.”