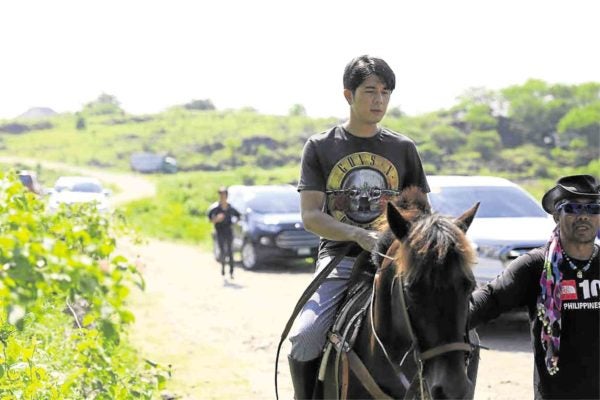 For its producers, “Goyo, Ang Batang Heneral” is a promise fulfilled.

EA Rocha and Fernando Ortigas recalled that they had vowed to produce the biopic on the young revolutionary, Gregorio del Pilar, if the movie-going public “would steer ‘Heneral Luna’ into a megahit.”

The rest, as they, is history.

Since “Heneral Luna” broke box-office records as the highest-grossing historical epic in the local movie industry, Ortigas and Rocha gathered, for the follow-up film, the same team, led by director Jerrold Tarog, who cowrote the screenplay

“We love the script by Jerrold and Rody,” Ortigas said. “This film is a worthy, and highly anticipated, successor to ‘Heneral Luna,’” Rocha pointed out.

They asserted that “Goyo,” which is currently in production, is their “thank-you” gift to all the viewers who trooped to the cinemas to watch “Heneral Luna.” Ortigas said: “We are so grateful to them. Promise kept!”

Paulo Avelino will reprise the role of the youthful leader who made a brief appearance in “Heneral Luna.” 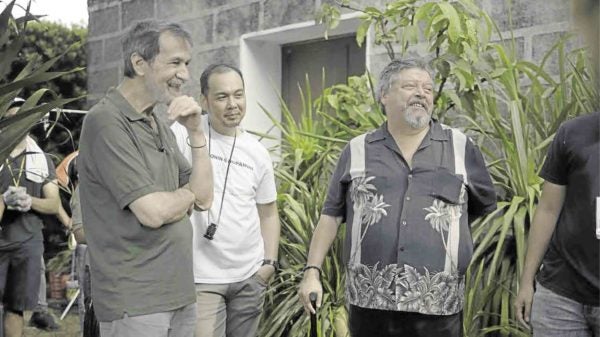 As part of his preparation for the movie, Avelino has started taking horseback-riding lessons in late March.

“The sessions taught me a lot,” Avelino recalled. “It taught me, step-by-step, how to ride a horse properly.”

Avelino would train as often as his hectic schedule would allow. “I’d go horseback riding once or twice a week, for two to three hours a day.”

So far, the experience has been a blast. “It was fun and exciting,” the actor quipped. “The lessons gave me the confidence I need to do the scenes well.”

The shoot is no leisurely ride around the park for director Tarog, though.

For Tarog, each film is a constant attempt to push himself—

increasing the degree of difficulty with each new project.

“It’s a steady progression,” he pointed out. “The films I make keep getting harder.”

Apart from the scale, he needs to grapple with the film’s scope, as well. For him, the challenge is “how to present things in a larger context.”

He asserted: “The scope of the story is larger than ‘Heneral Luna.’ It’s about Gregorio del Pilar, but there are several characters that we also have to focus on, like Apolinario Mabini and Emilio Aguinaldo.”

“The main challenge is how to top the success of ‘Heneral Luna,’ without losing the sense of continuity, in terms of the characters’ diction and qualities,” Vera admitted.

He kept reviewing the first film “to understand the flow of the conversations and other details unique to each character.”

Making things a bit more grueling, the hero’s life “is not well-documented,” the writer owned up. “Even if there were several biographies…most of them are hagiographical.”

Tarog gave a list of books he had already read. “I felt I had to go through the same books, so that we’d be on the same page,” Vera recounted.

They stumbled on an interesting piece of trivia at a lecture by historian Ambeth Ocampo: Del Pilar’s real sweetheart was not Dolores Jose, but her sister Remedios. “So we had to tweak the revised screenplay.”

Vera found Del Pilar “fascinating because he’s one of the youngest generals of the revolution.”

“He was probably one of the most simpatico (charming),” Vera volunteered. “We wove the story around this…and yet, the same trait that made him every girl’s dream boy was also the hurdle he had to overcome in the battlefield.”

This contradiction makes Del Pilar a complex character. “In this film, his heroism is flawed and will therefore have to be evaluated accordingly.”

Vera affirmed that “the main vision of ‘Goyo,’ as with ‘Heneral Luna,’ is to show that heroes are human, and fallible, to a fatal extent.”