Dane DeHaan: from Bohol to stardom 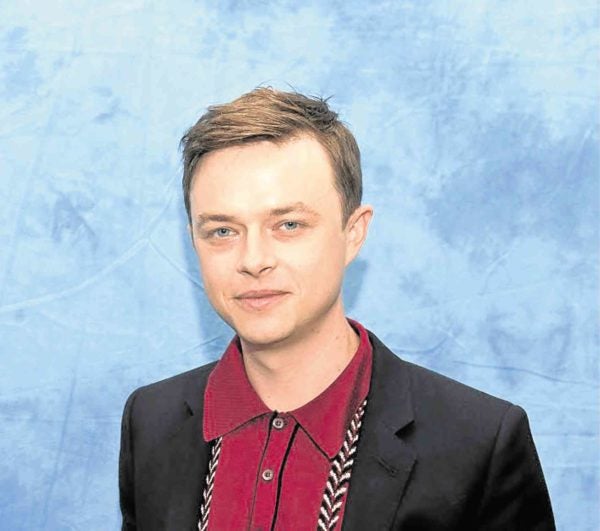 Here’s what we wrote in 2013 about our interview with Dane (who currently stars in “Valerian and the City of a Thousand Planets”) on his Bohol filming experience:

“We were in Bohol; it was amazing. They built the village pretty much in the jungle. It was my first time in any country anywhere around there. The people were unbelievably accommodating. The film crews were impressive.

“We made that movie really fast … It was amazing to submerge yourself in that culture. It was lovely over there [in Bohol]. We went snorkeling and ate a lot of freshly caught fish. It was nice to have Filipino actors in the movie to show us around and give us a good time—drink some rum, eat some fish and suckling pig.”

He especially remembered Joel Torre, who had a major role in “Amigo.”

Since then, Dane has starred with Daniel Radcliffe in “Kill Your Darlings,” “Metallica Through the Never” (as the lone character in the heavy metal band’s Imax thriller concert film), “The Amazing Spider-Man 2” (Green Goblin/Harry Osborn), “Life” (James Dean) and the coming “Tulip Fever.”

Dane was Timbo in “True Blood” and first made an impact on TV as gay teen Jesse in HBO’s “In Treatment.”

Now 31 years old, the Pennsylvania native is married (to actress Anna Wood, with whom he has a daughter, Bowie Rose, born in April).

Dane and Cara Delevingne star as space cops Valerian and Laureline, respectively, in Luc Besson’s sci-fi 3D spectacle, “Valerian and the City of a Thousand Planets.” It is 2740—humans and aliens coexist harmoniously on Alpha, a deep space metropolis. 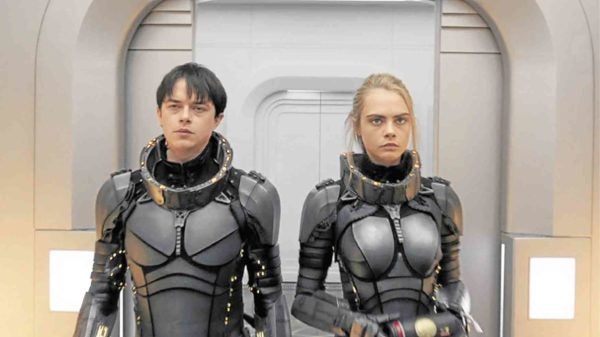 How do you relate to the representation of men and women in this film, as depicted by your and Cara’s characters? There’s a reason why there’s more conversation about how women are depicted in film. The way Luc does it is so much fairer than the way it is in other movies.

It’s also exciting that I get to be the hero.

As much as Valerian is cocky and so sure of himself, it’s a cover for what’s going on underneath. Valerian is slowly realizing he wouldn’t have the success rate he has or be as lucky if Laureline wasn’t with him on every mission. Valerian’s superpower is almost his blind ambition. There’s certainly a message in this film that behind every strong man is an even stronger woman.

That’s pretty accurate in my relationship with the women who have influenced my life the most—my mother and my wife. I wouldn’t be here today without them.

Can you talk about how timely the film is, in these times when tolerance and getting along with people who are different are vital? If you look at the opening sequence, you have not only representatives of major countries of the world, but also aliens from across the galaxy living together in peace and harmony. That’s an awesome message the world could use right now.

One of the central messages of the film is, love saves the day; love conquers all. These aliens and humans from all around the universe come together on Alpha for the common good … to get rid of evil.

Hopefully, 700 years from now, humans and aliens realize that we can help each other out. We don’t always have to be in competition.

So much of the film hinges on the relationship between Valerian and Laureline. Can you talk about Cara in that regard? Cara is such a fun person to be around. She has this love for life that I haven’t seen in many people before. She operates on this high-octane fuel that it’s almost an infectious energy.

I’m the kind of person who can take himself too seriously. For me, a lot of what this movie is about is giving in to the fun of it. Cara made that so much easier. Because the moment I saw her, she brought such a smile to my face.

Were you lucky enough to be present when Rihanna did all those performances in her scenes? Yeah, that was during my first two weeks of shooting. When I explained to people what I was going to do in Paris for two weeks, they were very jealous of me (laughs).

Luckily, Valerian was supposed to be fairly speechless while it was happening (laughs), so my job was really just to sit in a chair and watch it all happen.

On a more personal note, how did you woo your wife? We’ve been together since we were in high school. It’s actually our fifth wedding anniversary [on June 30]. She honestly had to win my heart more than I won hers. We dated for a month, then we broke up.

Then, I realized what I had lost. I came crawling back to her a year and a half later. Now, we’ve been together for 12 years.

How did you propose to Anna? I proposed to her at the Malibu Creek State Park. We went on a hike. I had this backpack with the ring in it. We pulled off to the side, and I got down on a knee.

I said, “Will you marry me?” Her first words were something like, “Are you kidding (laughs)?” After five minutes of convincing her that I was telling the truth, she said “yes.”

Talk about the ring. She showed me a ring she liked a year before I proposed to her. I went and bought it right away. Three years later, I got a call from the guy who designed the ring, saying he had gotten a fake batch of diamonds. So, we had the ring tested, and it was completely fake! Definitely, the ring that she has now is a lot nicer than the first one.

After Bowie was born, I was so overwhelmed by my feelings for her. It’s really a whole other level of love. It has made my life so much better.

Are you still in touch with Metallica? I got a text message from Lars (Ulrich, drummer) the other day because he was doing a fan meet and greet. Metallica played a secret concert before the movie came out. They didn’t go under the name Metallica but under the name, De Haan.

Lars sent me a picture of this fan’s arm that says my last name in very big, bold Metallica font letters (laughs).

The internet panicked over a cable maintenance advisory. What are submarine cables?