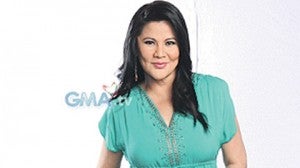 I got misty-eyed when the star of my late great mom Inday Badiday was unveiled at the Eastwood Walk of Fame last December 1. What better way to start the Christmas month than by paying homage to the family’s “Santa Claus” — mommy.

Most people say it’s long overdue. But with or without a star, my mom’s legacy will keep shining brightly in my heart and in the hearts of all the people whose lives she has touched.

I got to chat with  two of the most lovable women in the biz, Coney Reyes and Ali Sotto, at the Walk of Fame event. Connie was also given her own star while Ali was there to represent her late son Mico, whose star is located next to my mom’s.

After the success of “100 Days to Heaven,” what’s Connie’s next project? “I’d like to take a break muna,” she says. “Mahirap sumabak agad sa trabaho.”

Life is indeed too short to be too busy with work.

I asked Ali if she approves of Phil Younghusband for Angel Locsin (who was also an inductee that night) since she remains to be so motherly to Gel even after her son Mico (Angel’s former BF) passed away.

“At first, when I asked her about Phil, sabi niya it’s nothing serious,” she said. “But recently, she told me na mag-dinner kami with Phil para makilala ko daw. So mukhang totohanan na. I am happy for them and I know Mico is, too.”

Indeed, there is love after death.

Peace now reigns in Charice Pempengco’s clan, just in time for the Yuletide season.  She is buying herself a brand new car and is bent on learning how to drive. 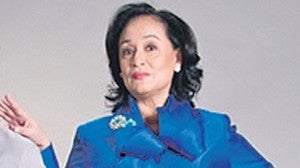 “All is well na between me and my relatives on my dad’s side,” she reveals. “But I’m quite sad that my dad had to die pa bago kami nagkabati lahat.”

Did her dad’s death make her an even better singer, giving her a deeper reservoir of emotions to  draw from? “I imagine my dad listening to every song I sing,” she says. “In every performance, I feel his presence and that makes me sing from the heart all the more.”

Isn’t she threatened by new singers like Maria Aragon and Thia Megia? “I welcome the healthy competition,” she says.

What about young boys competing for her attention? “As of now, I wanna focus on my career. But if and when I decide to fall in love, I will make sure there will be a balance between love and work.”

Charice adds that “Stand Up For Love” is the song that best describes the state of her life right now. The small and adorable girl has big love for her family, fans and career.

And we all love Charice back as she continues to make waves in foreign shores.

The Pan-Asian television musical drama series  “The Kitchen Musical” invaded the country recently after its cast members flew from different parts of Asia for a gala night held at the InterContinental Manila. There they rendered sizzling hot performances with Pinoy pride and lead stars Karylle, Christian Bautista and Arthur Acuña.

The gala night served as a thanksgiving of sorts for The Group Entertainment (its Singaporean producers) and Studio 23 and stakeholders for the success of the franchise. TKM airs Saturdays at 7:30 p.m. on Studio 23.

“When it comes to good music, ‘The Kitchen Musical’s’ got it all cooked up!”