Jim Paredes on Manny Pacquiao’s defeat: ‘What a great day’ 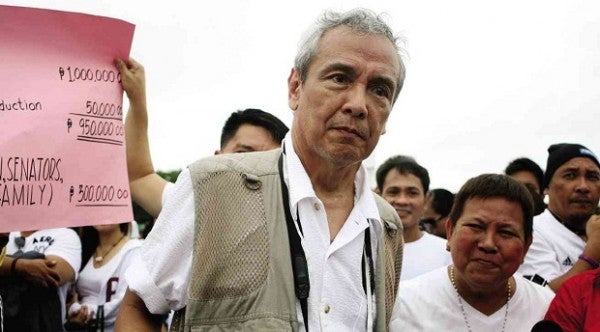 Is he hinting at a different meaning or is musician Jim Paredes actually delighting over Sen. Manny Pacquiao’s recent boxing loss?

Most Filipinos, no matter how saddened by Pacquiao’s yielding of his World Boxing Organization welterweight title to Australian boxer Jeff Horn, still celebrated the “People’s Champ,” continuing to regard him as a hero. A lot even call him the real champion from the bout.

However, musician Jim Paredes seem to have a different take on yesterday’s gloomy turnout. While social media was pouring its support for Pacman and comforting each other from the champ’s defeat, the staunch administration critic proclaimed on Twitter: “What a great day!!”

In another tweet, he said “Pacquiao lost!!!” Was he mourning with the nation, or did he mean something else?

In other recent Twitter posts, the renowned musician-composer said that the champion who once served as a unifying force for Filipinos each time he fought “represents many things to different people now.” 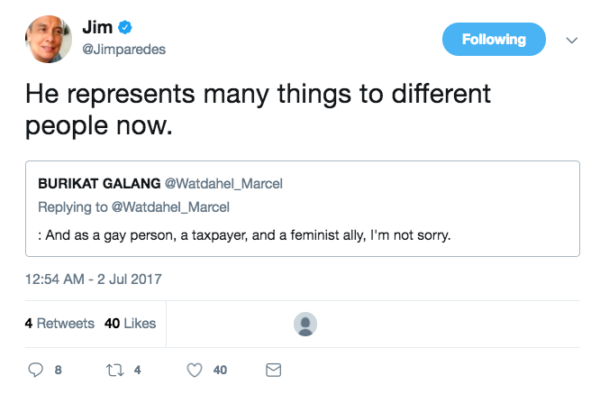 Paredes reminded his Twitter followers of Pacquiao’s pronouncements on controversial issues: the senator’s stand on extra-judicial killings, the LGBT community, and death penalty, to name a few. Pacquiao’s earlier statements on how drug traffickers deserve death penalty, calling gay people worse than animals, and citing Jesus’ death to justify death penalty, divided the nation’s once solid support of him.

Paredes also reminded the pound-for-pound king that he should not forget to pay his taxes. 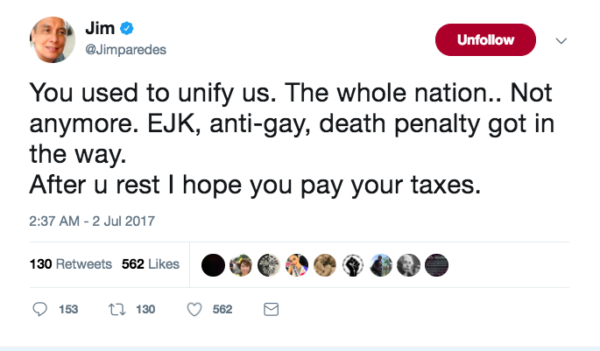 The singer then poked fun at the entire match, with a few puns: 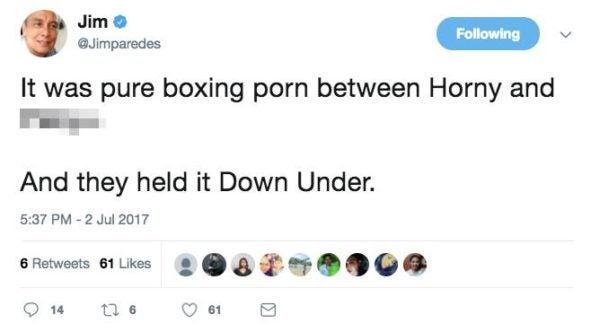 As expected, Paredes drew flak from netizens for his comments, capping yet another interesting day on the Twitter feed of the musician. JB

On why she’s part of presidential entourage, Mocha answers Jim Paredes with sarcasm

Will I turn into Jim Paredes?