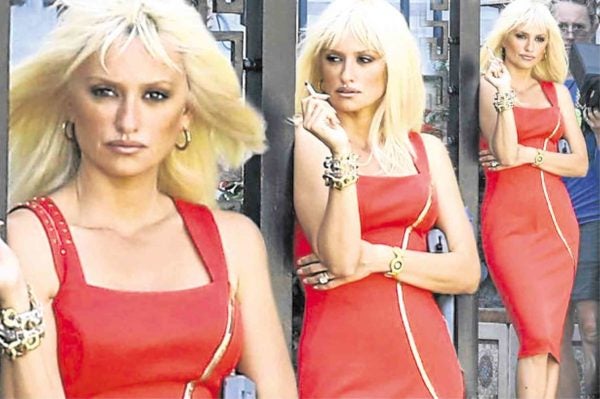 LOS ANGELES—In person, Ryan Murphy is as engrossing as the shows he produces and directs, including the recent “Feud: Bette and Joan” and “The People v. OJ Simpson: American Crime Story.”

Last May, we were in the late Gianni Versace’s lavish Miami mansion named Casa Casuarina. Ryan was shooting crucial scenes for FX’s “The Assassination of Gianni Versace: American Crime Story” right where they happened, including the front steps where Fil-Am Andrew Cunanan (played by Darren Criss) shot Versace (Edgar Ramirez) to death.

Ryan, sitting in one of the rooms with ornately decorated walls and ceilings, dished fascinating details of this Spanish-style mansion, built in 1930 by an oil fortune heir and inspired by Alcázar de Colón, the home of Christopher Columbus’ son in the Dominican Republic.

“There are three levels of the house,” began the Emmy- and Golden Globe-winning creator of “Glee,” “American Horror Story” and “Nip/Tuck.” “There are about 20 rooms. There’s the pool area where Versace would have his famous parties for Naomi Campbell, Madonna, Christy Turlington, Linda Evangelista and Elton John. There’s a room that was apparently Madonna’s favorite suite.”

For Ryan, who started as a journalist, there was no question they had to film in this house. “We bought out the house for two weeks. It was not inexpensive. The interesting thing about this house is that since the day Versace left us and died, nothing has changed except the furniture and the art. Some of it has actually been restored. We got permission.

“As soon as Versace was dead, Donatella came and took all of the art, his personal effects and all of that great stuff away. We spent a lot of time and money looking at photos and recreating the stuff that we could.

“I don’t think we could have done it if we weren’t allowed to shoot here, because this house is him. You can feel his soul and the sadness. The pool is just bats**t crazy, with the attention to detail.

“Every day, I’m finding rooms I didn’t know existed. Yesterday, we found a walk-in shower for eight people. So we had to shoot in there (laughs). There’s no place on earth like this house. It’s been a great gift to be here.”

The miniseries is still in production and is filming in other locations. 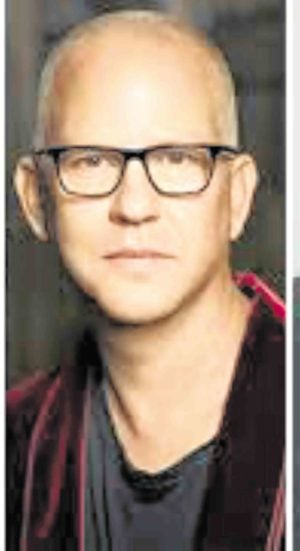 Talk about why you cast Darren Criss, Edgar Ramirez, Ricky Martin and Penelope Cruz. Whenever I do something like this (like “OJ”), I always have one person in mind. So, Darren was the obvious choice. I was friends with him. I wanted people to see something I saw—which was, he’s a great dramatic actor.

In the case of Edgar, he looks exactly like Versace. When we have the prosthetic and the wig, it’s amazing. Edgar has that grandiose gravity as a human being that Versace had. He was my only choice.

Ricky is so soulful and intimate. I’ve worked with him once before. Antonio, the boyfriend, was a tragic figure because he was with Versace for 15 years and loved him. When Versace was killed, he was thrown out of this palace. He had suicide attempts.

So, I met Ricky. At the end of the meeting, we both got teary because he didn’t tell me that he and Edgar were close friends. Edgar wanted Ricky to do this part so bad, but he was not going to tell him, “Do it.”

The thing about Donatella was a little trickier because I obviously adore Gaga. We briefly discussed it, but she was doing “A Star Is Born” with Bradley Cooper. I know Penelope because of Javier Bardem and “Eat Pray Love.” She said “yes” instantly.

In researching on the story, what did you learn about Andrew Cunanan? We had the book that we bought and optioned, “Vulgar Favors” (by Maureen Orth). Cunanan was a mystery in many ways. The things that I was fascinated about are the creator/destroyer idea of Cunanan, and that he and Versace had the same beginning.

They came from immigrant families, and wanted to be famous.

Cunanan was also a tragic story. He was lied to by his parents, specifically his father, who told him they were incredibly wealthy and were almost like royalty in the Philippines.

He was treated like a celebrity in his own family. Then, it was all taken away, and he was shattered by it.

There was also sexual abuse in his family that we could never verify. He also wanted fame and fortune so desperately that when he killed the first victim, that was probably in a fit of pique and rage, he decided, well, I’ll go to jail, so I want to be famous.

Taking the life of a famous person became his fame, which is also a very American story that we see time and again.

Also, the key to this show is when you have somebody like Cunanan, who’s thought of in many circles as a monster and the person who took away Gianni Versace from us, you also have to talk about his childhood. Something along the way made him snap.

What surprised you along the way? The most devastating thing that I learned, because the family doesn’t talk about it, was what was happening with Versace. He had HIV and almost died. At the time, there was no cocktail (AIDS combination treatment). It was a death sentence. But, miraculously, he got his health back.

[But,] Versace was snuffed out instantly with two bullets to the face. That was the really devastating thing to me.

The other thing is the sadness of the victims, how the Lee Miglin (one of Cunanan’s victims) killing was so barbaric, cruel and awful. Miglin was a closeted gay man. He (Cunanan) dressed Miglin up as a woman, with women’s panties and a lot of sex toys around so that his family would find that and be humiliated.

It was a very difficult show to shoot. We spent two days shooting the assassination. I was very upset throughout the filming of that.

How did you structure the story? For this story, the first 15 minutes involve music—opera, no dialogue, and it’s Versace restored to health, and starting his day with his staff, then walking to the News Café, intercut with Cunanan stalking him. So it starts with Versace’s murder.

What we wanted to do was tell the story backwards. So, we end with the Cunanan figure as a young man, and Versace as a young man trying to make a stab of it as a designer.

The interesting thing about this show is that there’s only violence and murder in the first four or five episodes. The last episode, of course, is of Cunanan on the houseboat and making a decision to kill himself before they can arrest him.

Did you have any contact with the Versace family about the show? Donatella has been very kind and lovely. As a mother, she has been protective of her children. That was her only request, which she conveyed to me through Penelope—she really wanted to make sure that her kids weren’t portrayed onscreen and that there was nothing about them in the show.

Donatella has been hands-off. I’m sure it will be incredibly difficult (for the family) to see.