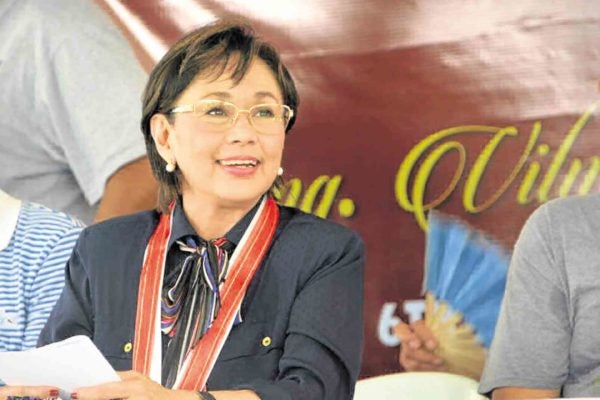 “As a new filmmaker, you have to have a more brilliant way of telling your story,” explained Rolando Tolentino, a member of the Manunuri ng Pelikulang Pilipino, on how one gets nominated for the prestigious annual Gawad Urian.

The nine-member Manunuri on Tuesday announced the nominees in 12 categories. The winners will be revealed on July 20, 9 p.m. at ABS-CBN Compound in Quezon City.

“We also talk about cutting edge,” Tolentino pointed out. “Lav Diaz released two films last year, but only one got cited because it was more cutting edge than the other. We think that his vision of a kind of slow cinema was more successful for ‘Ang Babaeng Humayo’ than his ‘Hele sa Hiwagang Hapis.’ For the most part, there’s really no distinction. We just go by which film is offering something new to the Filipino audience.”

Aside from “Ang Babaeng Humayo,” the nominees for best film include “Women of the Weeping River,” “Paglipay,” “Ma’ Rosa,” “Pamilya Ordinaryo” and “Baboy Halas.”

“You will see that the choices are mainly from the indie community,” Manunuri member Nick Tiongson observed. “But there are crossovers now—mainstream actor John Lloyd Cruz (‘Ang Babaeng Humayo’) has done a very good job at that.”

Tiongson also pointed out that there were also those from the indie scene who have been making their mark in mainstream. “That’s a good sign,” he declared. “They can bring their skills as indie actors to the industry.”

Manunuri member Grace Javier Alfonso said that while the local film industry has more than enough content, a major problem today would be distribution.

“We are constantly looking for ways to make our films reach as many viewers as possible. We should all work together in developing a distribution system,” she said.

This year marks Gawad Urian’s 40th year in the industry.