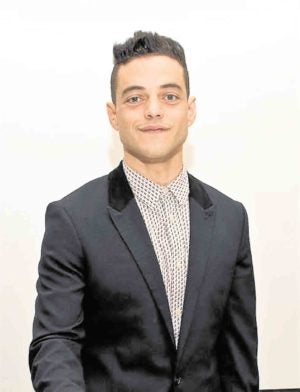 LOS ANGELES—We don’t see Rami Malek as Freddie Mercury but we’re sure that with costume, hair, makeup and his acting prowess, he’d make a convincing interpretation of the late flamboyant lead singer of the rock band Queen.

After years of false starts, with actors from Sacha Baron Cohen, Ben Whishaw to even Daniel Radcliffe reportedly playing the legendary singer with four-octave vocal range, it looks like it’s finally a go with Rami in “Bohemian Rhapsody.”

Bryan Singer will direct the biopic that will focus not only on Freddie but the entire Queen and will concentrate on the years leading up to the band’s performance in the Live Aid Concert in 1985.

Rami said that he has been preparing already to play the iconic singer, who sang the lead in such rock classics as “Bohemian Rhapsody” and “Somebody to Love.”

In the meantime, the actor is going into Season 3 of USA Network’s series, “Mr. Robot,” for which his performance of computer-hacker Elliot Alderson has earned him an Emmy as well as a Golden Globe nomination. Christian Slater, Portia Doubleday, Grace Gummer and Carly Chaikin also star in the psychological drama directed by Sam Esmail.

Born in LA to Egyptian parents, the 36-year-old actor has an identical twin brother, Sami Malek, who is a teacher. He has wrapped up filming Michael Noer’s remake of “Papillon” with Rami tackling Dustin Hoffman’s role, Louis Dega, and Charlie Hunnam in the Steve McQueen part, Henri Charriere. 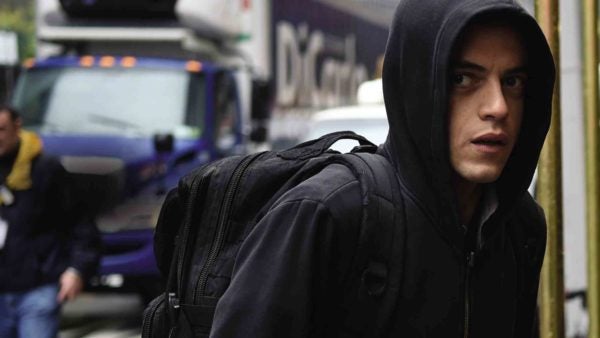 Can you give an update on “Bohemian Rhapsody” where you will play Freddie Mercury? I haven’t started filming. We were preparing to start this third season and the film wasn’t yet greenlit by Fox.

So, I ended up flying myself to London. I just said, “Listen, I am here.” As soon as they saw me putting forth that energy, they started funding aspects of the film. I started working with a movement coach. They brought in these great choreographers from London.

I found out that Freddie was less of a dancer. He just had this way about him. This choreographer that I chose was the most inexperienced of all of them. But I related to her the best. We rehearsed every day. We had to produce in Abbey Road studios four songs replicating Freddie.

Will you use your real singing voice? I have been doing some singing, yeah.

So Freddie’s voice will not be used? They are definitely going to use Freddie’s voice. But I think whenever they can get away with using my voice [they’ll do that]… I did a test with Freddie’s voice and my voice. But it’s been very astonishing. Finishing those four songs at the Abbey Road studios—that was one of the proudest moments that I have had in my life because I never thought I would be able to do that.

If you asked me seven or eight years ago if I would be able to play the lead on a TV show and then play this iconic figure a week after finishing that show, I would probably want to kill myself at that moment (laughs). It’s a testament to all the work that is done as an actor that gets you to a certain place where you start believing in yourself a little bit more day by day.

Speaking of Freddie Mercury, you cannot come up with a personality more opposite than Elliot. I found that right off the bat that they were dissimilar characters. But the truth of the matter is, Freddie was very introverted. The person you see on stage was a persona and one that he could almost hide in, one that he loved playing. But I heard Freddie talk (in old interviews) about his own loneliness, striving for somebody to love and to establish that kind of relationship.

But there are some all too eerie similarities between Freddie and Elliot. 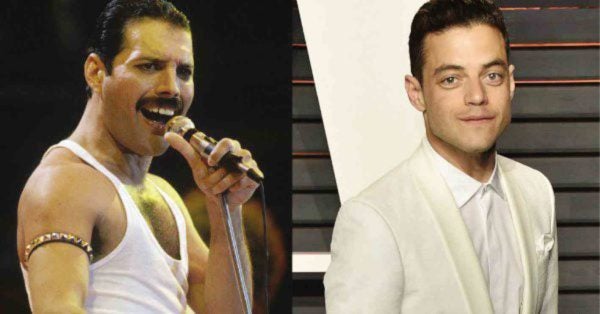 He will play Freddie Mercury next.

Do you think you will go on stage in a Queen concert tour some day? No, I don’t think so. But I won’t rule anything out. We are starting the film with some of the most elaborate stage work.

Christian Slater said his character was so angry and frustrated with Elliot in Season 2. How about this Season 3? I can say that my character and Christian’s character don’t spend as much time together than we usually do. So that has been very frustrating because acting with him has been one of the joys of my career thus far.

How was your preparation for Season 3 different? When I did go to London [to prepare for “Bohemian Rhapsody”], we were starting to get these [“Mr. Robot”] scripts. Sam and I have become very hands-on.

We started to have regular phone conversations every evening or every other evening about those scripts.

So what was pretty special about that whole experience was, we have logged so many hours of talking at night between London and New York.

What’s it like to have a professional hacker working with you for the role? He would literally be picking up information from your phone and then ask you to look at your phone. Then he would show you pictures that you have on your phone. It’s very devastating.

What’s it like for your identical twin brother, Sami Malek (who’s a teacher), to be in a very different profession? Mostly, he is asking me to get my clothes one size larger (laughs). He is like, “I can’t fit into any of this stuff.”

One thing that has given me a sense of perspective on everything, is that being an actor, with a modicum of success, it can go to your head. Having someone who is identical to you, who has a job as a schoolteacher, you can look right in his face and see how you can easily be in that position and be very much rewarded by it.

You can’t really put yourself on too high a pedestal when you have someone who looks just like you telling you that you are… [his] equal.

Looking ahead, are you thinking of starting a family? Or splurging on a house? Or finally taking a long overdue vacation? Family, yes. As for a house, I can live in a box, which is sad.

When this Queen film is done, I might actually take an extended vacation, which I have never really done in the last few years.