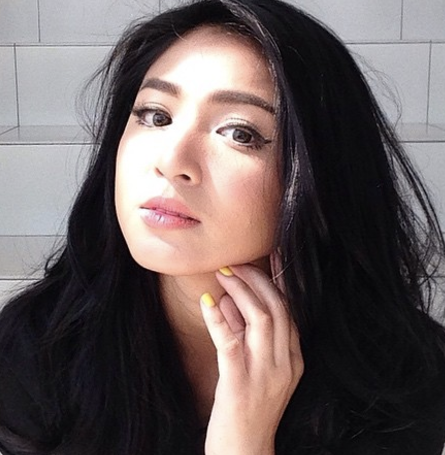 Kapamilya actress Nadine Lustre has shrugged off rumors that she is pregnant.

The actress said she is unaware of where the issue might have come from.

“Hindi ko po alam. Baka pagkain lang po ‘yung nasa loob ng tiyan ko,” she said in an interview on Wednesday, as reported by her home network ABS-CBN. (I don’t know. My tummy just might be filled with food.)

Being one of today’s hottest young stars, Lustre attracts not only fans but also bashers. But the star knows when to keep her cool and when to speak up, as she said, “Depende. May times na dedma. May times talaga na kailangan mag-speak up ka.”

Recently, Lustre has been at the forefront of social media bashings for coming into the defense of boyfriend and on-screen partner James Reid and best friend Mika Tan, over a reported photo of the two depicting them in allegedly romantic poses. JB