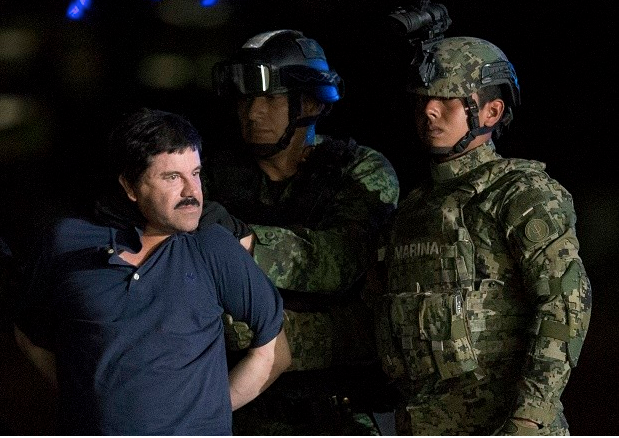 Although currently serving time behind bars for his crimes as one of the most notorious drug lords in the world, Joaquin “El Chapo” Guzman plans to sue internet-television giant Netflix for producing a series based on his name.

According to Panampost, the lawsuit claims that Netflix  producers are making use of the famed Mexican Kingpin’s name without his permission, with the intent of “defaming” his character by adding salacious details to his life story.

Chapo’s lawyer,  José Refugio Rodríguez, said his legal team advised Netflix last year that they would have to pay for the rights to use his name or nickname in any potential show.

“Our case does not address the issue of royalties, but we are going to exercise some legal action; currently I am waiting for instructions from Joaquin as to how to proceed. It is going to be done in the United States because there is greater right to privacy here than in Mexico and there is greater protection of peoples’ private lives,” he was quoted as saying in the report.

“We are waiting for instructions. The press says that there are also issues of plagiarism at stake because some of the writers stole material. We are mainly concerned with the illegal use of Guzman’s image, and the legal implications thereof,” he added.

Guzman’s actions as a real-life Mafioso, meanwhile, has made him a pop culture icon as of late, with his high-profile escapes from Mexican jails becoming sought-after material for screenplay writers.

He was extradited to the US last January and faces numerous charges.  Khristian Ibarrola /ra