‘KathNiel’ gets physical in fantasy-adventure series 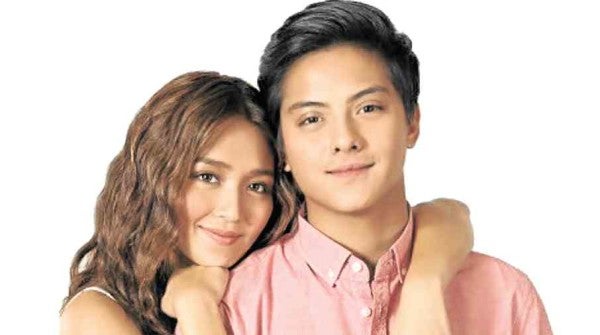 Kathryn Bernardo and Daniel Padilla related that they had to undergo combat training in wushu and pekiti tirsia kali for their roles in the latest ABS-CBN fantasy-adventure series, “La Luna Sangre.”

Pekiti is a style of fighting that combines the use of arnis and daggers with close-combat maneuvers, Daniel explained. While it is very detailed, wushu requires big movements, added Kathryn.

“I’ve gotten bruises from training, but that’s all right,” the actress told reporters. “We already knew even before we started working on the show that our roles would be very difficult, physically. The program isn’t the typical romantic comedy that we’ve gotten so used to doing.”

Kathryn is Maliya, the offspring of a vampire father and a werewolf mother. “Playing her is difficult because she is very far from who I am in real life,” Kathryn pointed out. “The most challenging part of working on this wasn’t the action scenes, but actually being Maliya. She is boyish in her demeanor, in how she dresses up and speaks.”

“I’m proud of Kathyrn because as girly as she is, she was able to do all her fight routines well,” said Daniel, who claimed to have enjoyed doing his action scenes, especially those shot in Quiapo. “It’s good to see Quiapo again. I used to buy basketball jerseys there when I was younger. You get to meet all kinds of people. Returning to the place got me thinking about life. The experience taught me humility.”

Daniel is Tristan, a vampire slayer. “He witnessed how a vampire killed his dad. He grows up hunting them,” he explained. Tristan will soon encounter the supreme vampire, Zandrino (played by Richard Gutierrez). “I’m not ready to face him just yet. I still have to train some more. If not, Richard will kill me with a flick of a finger.”

Aside from Richard, John Lloyd Cruz and Angel Locsin have also agreed to play support to Kathryn and Daniel (collectively known as KathNiel).

The series, with Cathy Garcia-Molina at the helm, is the third installment of “Lobo” and its sequel, “Imortal,” which featured Angel, John Lloyd and Piolo Pascual.

“This is different from the first two projects because we have added the rom-com element to it. It’s not super dark, except for Zandrino’s scenes,” the director related. “We don’t want to receive complaints from parents saying their children are having nightmares because of the vampires they see in the show.”