Hello There, Caren! What’s Up? 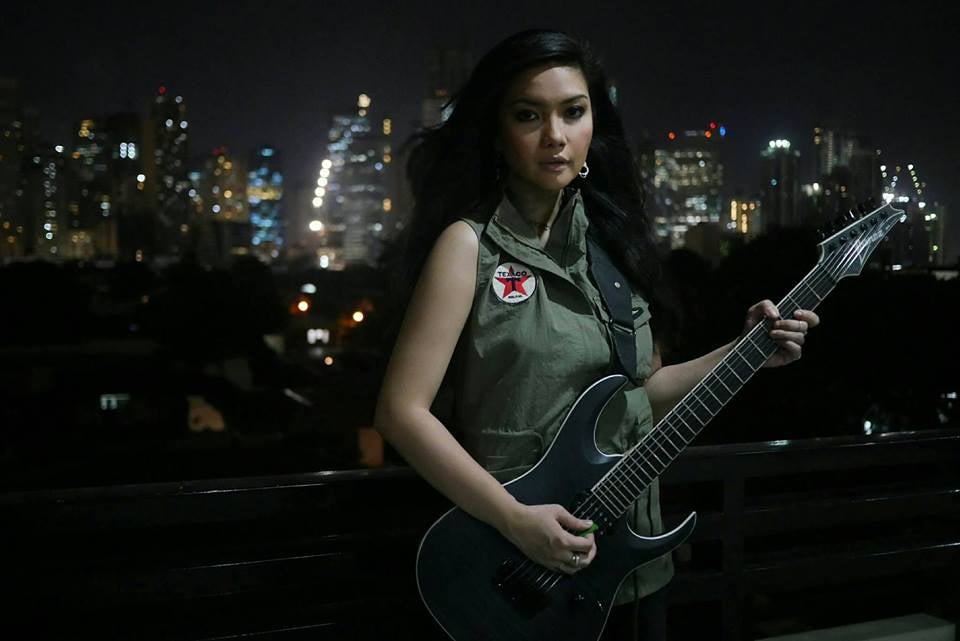 My previous and first solo feature on Caren Tevanny got such a positive feedback as well as many requests for me to quickly do a follow-up piece on her.

Quite understandable that is because Caren Tevanny is one of the most attractive women in the local scene we have now. On top of that, she is one of the best guitarists around. Indeed, Caren Tevanny embodies a “complete package” of an artist because she does not only possess an innate musical talent but she also has striking good looks and an alluring appeal that leave us constantly curious about her. 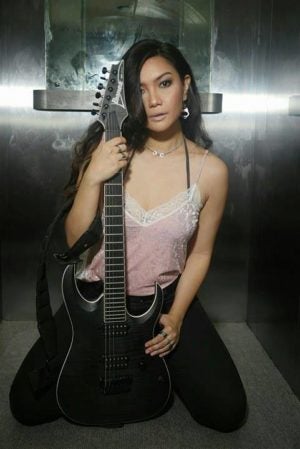 On an added note, there is something about Caren Tevanny that goes beyond the norm of what we usually see of and hear from an artist and I believe that this could be one of the reasons that Caren Tevanny exudes a “magnetic and beguiling personality” that pulls in people to want to get to know her more.

I could say a lot more about Caren Tevanny but what better way to learn more about her than via my follow-up piece on her as shown below. This time, she and I meander lightly through other topics and not only on music related stuff.

Live, Pearl Jam, Soundgarden, Bush and actually all 90’s alternative bands and their songs are my favorites. Hahaha
2) What were you like in high school?

Caren Tevanny – I was just alone most of the time. Sometimes I jammed with the guys who had bands in my school.
3) What is the longest you have gone without sleep?

Caren Tevanny – 48 hours straight.
4) What is the bad habit you are most proud of breaking or you wish to break? 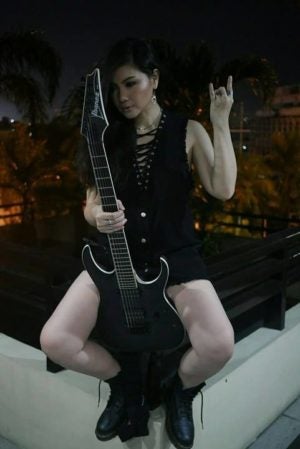 5) If you could wake up tomorrow in the body of someone else, who would you pick and what would you do?

Caren Tevanny – I would still want to wake up in my own body and I would try to make things right this time.
6) If you could have personally witnessed anything, what would you want to have seen?

Caren Tevanny – How the universe was created.

7) If you could be any age for a week, what age would that be and why that?

Caren Tevanny – When I was 20. So I could have saved something that was broken.

8) Best compliment you have received so far?
Caren Tevanny – When people are telling me that I should cosplay Wonder Woman because I have a resemblance to Gal Gadot.
9) What was the last picture you took with your smartphone?

10) What is your greatest strength?

Caren Tevanny – That could be anything at all I put my heart and mind into.
11) You write all of your songs; that being the case, where do you draw inspiration?

Caren Tevanny – From my dreams to my imagination and the reality of things.

12) What’s your favorite thing to do when you are not writing, recording, or performing?

Caren Tevanny – My mom.
14) What can people expect to hear from your new band, I CONTROL?

Caren Tevanny – Heavy riffs, synths, and digital sound… a taste of the future.
15) Any upcoming gigs from your new band, I CONTROL?

Caren Tevanny – They may check our official Facebook page: