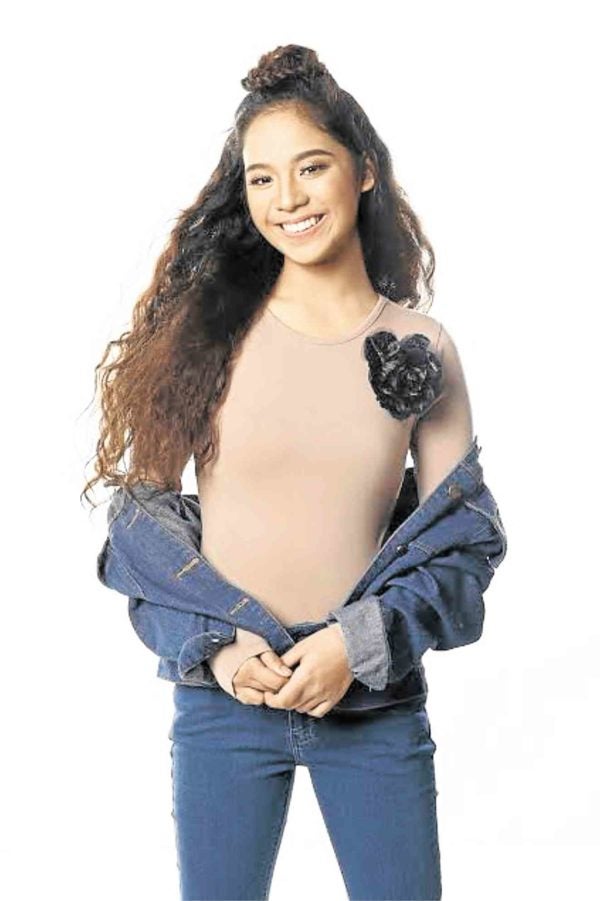 Sassa Dagdag may not have ended up as the grand champion of “The Voice Kids, Season 2,” but the young singer—a believer that “everyone eventually gets a chance to shine”—is on her way to fulfilling her dreams of becoming a professional recording artist.

“There’s a right time for everything. I didn’t win the show, but that doesn’t mean my journey stops there. For me, this is just the beginning,” the 14-year-old talent told the Inquirer at the recent launch of her debut solo album, “Sassy Sassa,” under PolyEast Records.

Of course, she wanted to win then, she admitted. But for Sassa, it was more important that she enjoyed herself.

“Singing is my happiness. It was a competition but, as much as possible, I tried not to think of it as such,” she said of her time in the talent search, which she considered as “a stepping stone.”

“If it weren’t for ‘The Voice Kids,’ I wouldn’t have improved my singing skills. I was also able to meet a lot of incredibly gifted musicians, like my coach-mentor, Bamboo,” related Sassa, who couldn’t help but feel giddy, when reminded that she and Bamboo are now under the same label.

“I’m so happy!” Sassa squealed. “I haven’t talked to him for quite some time. But I hope he gets to listen to my album, so he could see that the lessons he taught me weren’t put to waste.”

What was Bamboo’s most valuable advice? “There were many. But what I really found memorable was when he told me to make sure that I own whatever I do; to not let myself worry about what people may think about me.”

Her five-track studio album—which features songs such songs as “Kumakaba” and “Itatago Na Lang”—showcases Sassa’s sultry vocals and proclivity for pop and R&B.

According to her, she’s still young and doesn’t want to limit herself to a particular genre.

“I’m still experimenting with different styles. Maybe I can also do rock and jazz,” said Sassa, who looked back at videos of her stint in “The Voice Kids”—won by Elha Nympha—with much amusement. “My voice was so high-pitched. Now, it has matured and gotten deeper.”

Sassa draws inspiration from the likes of Morissette Amon, Charice and Ariana Grande. But her ultimate idol is Beyoncé, and she isn’t shy about expressing her fantasies of being just like her when she grows up.

“I’m going to be straightforward: I want to be like her—but in my own style, of course,” Sassa said. “She’s unbelievable. I usually get speechless when I see her perform. She’s committed in what she does. She has a powerful voice. She can sing while dancing—not to mention, she’s also very beautiful. She’s the complete package.”

In fact, some of the riffs and runs Sassa incorporates into her singing are inspired by Beyoncé’s. “It’s normal to learn from other people’s technique or styles. But, I try to find my own,” she said.

Now that she has an album under her belt, Sassa’s next goal is to one day topbill a concert. “I’m glad I’m now in a position where I can be heard by the public,” she related.