The director helped spark the spirit of what is now known as the independent filmmaking movement
By: Allan Policarpio - Reporter
Philippine Daily Inquirer / 12:10 AM May 27, 2017 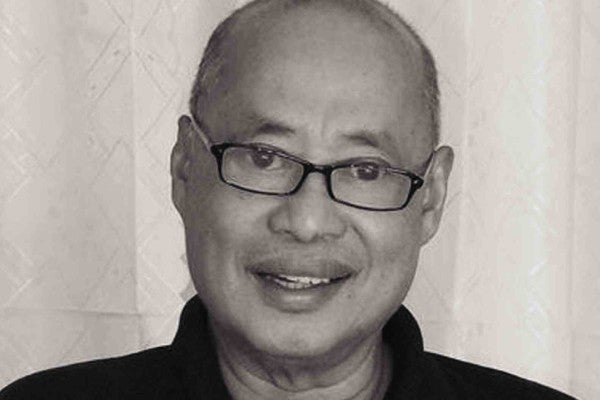 Gil Portes was the epitome of an independent filmmaker. He always spoke his mind and wasn’t afraid to give his opinion on anything.”

Thus said director Adolfo Alix Jr., whom Portes gave a break by hiring him as one of the writers for “Mga Munting Tinig.”

Portes, the acclaimed director regarded by his peers as one of the pioneers of indie filmmaking, was found dead in his apartment in Quezon City last Wednesday. He was 71.

(The official cause of death wasn’t immediately available, because an autopsy had yet to be conducted.)

“Gil was the original indie filmmaker who could crack film financing from a rock. He was tireless and resourceful,” Portes’ close friend and fellow filmmaker Mel Chionglo told the Inquirer.

“He created most of his films outside the studio system, and was able to sustain his career through independent financing,” said Ramos, who penned the script for Portes’ last movie, the historical romance, “Moonlight Over Baler.”

As such, Portes had been credited by not a few colleagues, including close friend Joel Lamangan, for crafting movies that helped spark the spirit of what is now known as the independent filmmaking movement.

One such film was the 2002 drama, “Mga Munting Tinig” (2002), which bagged—among a slew of trophies—the best picture award at the 2003 Famas and Urian Awards.

The movie was likewise hailed best feature at the 2003 Palm Beach International Awards in the United States.

Alessandra de Rossi, whose performance in “Mga Munting Tinig” as a substitute teacher in a remote school brought out her mettle as an actress, said she would remember Portes as one of the “most passionate filmmakers” she had ever worked with. For a time, Portes considered Alex as his muse.

De Rossi also described Portes as “an artist and a mentor in every sense of the word. He used to tell me, ‘O, Alex, ’naku, pang-best actress ito ha! Galingan mo, kalaban mo na naman si Ate Vi!” she recalled.

“Mindanao,” which Portes intended to submit to this year’s Metro Manila Film Festival, could have been his fifth film with De Rossi.

Throughout his career, Portes was able to work with some of the biggest local movie outfits, like Viva and Regal, although he didn’t have to rely on them.

Portes holds the distinction of having directed the most number of films that went on to become the Philippine’s official entries to the Academy Awards’ best foreign language film category. He had three: “Saranggola” (1999), “Gatas… Sa Dibdib ng Kaaway” (2001) and “Mga Munting Tinig,” which made it to the Top 8—the closest any local film had gotten to an Oscar nomination.

While Portes had been in the scene for the past 40 years, his love for cinema didn’t seem to have waned one bit. Last week, he set meetings with potential actors for “Mindanao.”

“It has a great story—sayang ‘di na matutuloy,” actor Rocco Nacino said. “We had a productive meeting, and we were both very excited about the movie. We talked about our families and careers.”