The Philippine National Police (PNP) is urging the organizers of the upcoming concert of American singer-actress Ariana Grande to involve the police in its security plan to ensure the safety of the concertgoers in August.

This after 19 people died while 50 others were hurt in a suspected terror attack in the Manchester Arena where Grande was holding a concert in United Kingdom. A bomb exploded inside the venue while the concert was ongoing on Tuesday morning (Manila time). 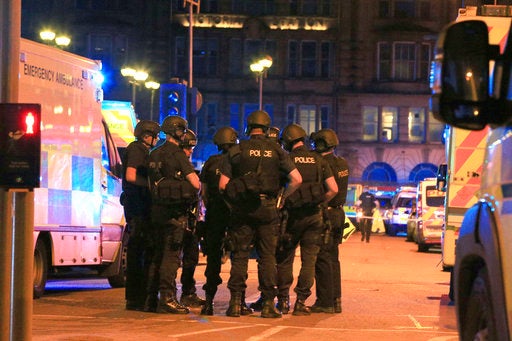 “The organizer/s of the Ariana Grande concert must involve the local PNP unit so that appropriate security arrangements and assistance can be extended to ensure the safety of the concertgoers,” PNP spokesperson Chief Supt. Dionardo Carlos told the media on Tuesday.

“The PNP has the security templates in handling international events. Necessary adjustments may be taken based on current and existing condition or environment,” he said.

“What is important is the early coordination of the event organizers with the PNP,” Carlos added.

The police official said the organizers must show their security plan to the local police unit concerned for the event.

Grande is set to hold a concert at the Mall of Asia Arena in Pasay City on August 21 as part of her international Dangerous Woman tour.

READ: Ariana Grande to return to Manila in August

Hours after the incident, the singer, unharmed from the attack, apologized on her Twitter account, saying: “broken. from the bottom of my heart, i am so so sorry. i don’t have words.” IDL