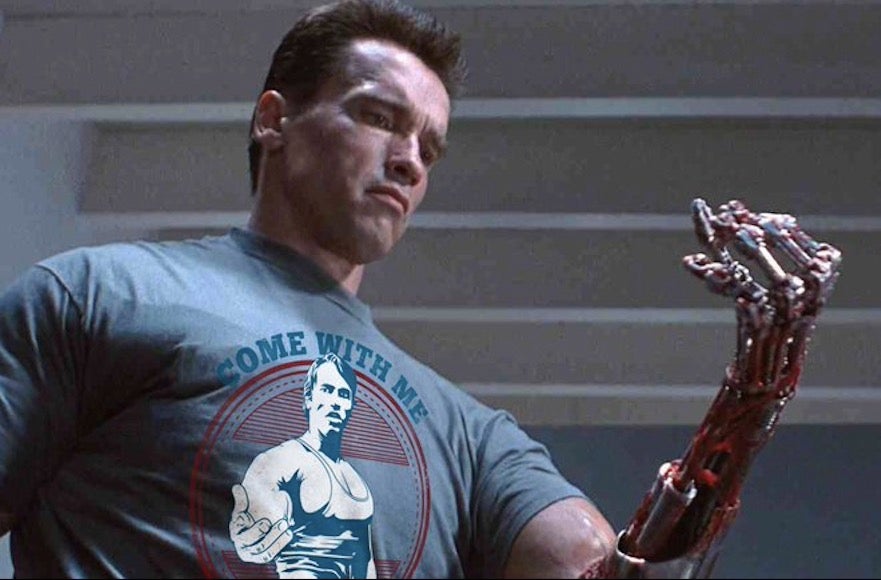 It may sound a little surprising to some but “Terminator” franchise star Arnold Schwarzenegger is preparing to come back for another movie with James Cameron.

According to Screen Daily, Schwarzenegger commented, “It is back,” and confirmed in Cannes that he recently met with director James Cameron to discuss a new “Terminator” movie project.

“It is moving forward. He has some good ideas of how to continue with the franchise.” Schwarzenegger added, “I will be in the movie.”

“Terminator” is a science-fiction action movie which premiered in 1984. It tells the story of a cyborg assassin called a The Terminator that was sent back in time to assassinate the leader of the human resistance in the future.

Gizmodo reports that James Cameron will be regaining the rights to the franchise that he started.

This is good news for fans of the first two movies who thought that the succeeding sequels didn’t quite measure up to Cameron’s vision. The renewed Cameron-Schwarzenegger team-up is expected to at least guarantee a certain level of quality over the rest. Alfred Bayle/JB