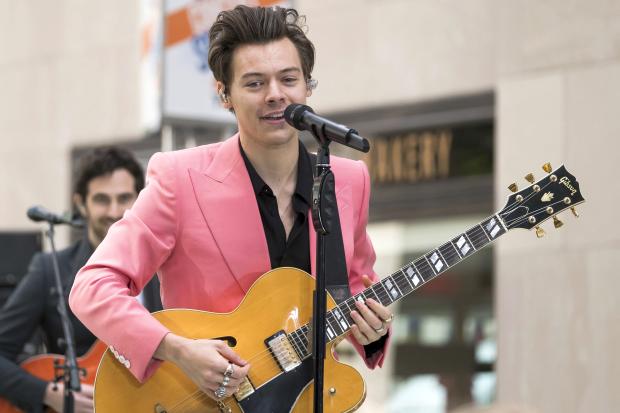 In this photo, May 9, 2017, Harry Styles performs on NBC’s “Today” show at Rockefeller Plaza in New York. Styles took over hosting from James Corden for a portion of CBS’ “Late Late Show” on May 16, 2017. (Photo by CHARLES SYKES / Invision/AP)

Styles was introduced as Corden on Tuesday night’s edition of the CBS talk show. He slipped into the role by telling a few jokes during an opening monologue , poking fun at two of late night comedy’s favorite targets, President Donald Trump and Hillary Clinton.

Corden returned the favor by appearing as Styles during a skit. He later resumed hosting duties.

Styles is spending the week with Corden on the “Late Late Show” in order to promote his new album. He performed his new single “Carolina” on Tuesday night. He’ll be taking part in Corden’s signature “Carpool Karaoke” segment Thursday.