Sharon and Kiko: Marriage on the rocks? 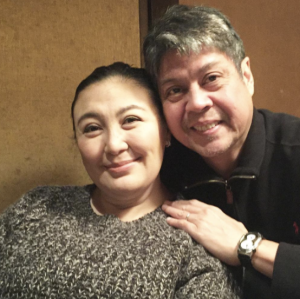 Was Sharon Cuneta’s sudden departure to the United States brought about by marital problems with husband, Sen. Francis “Kiko” Pangilinan?

The megastar recently shocked her fans when she flew alone to the U.S. to have a much-needed respite from her overwhelming professional commitments.

However, rumors have been circulating that Cuneta and Pangilinan are allegedly having problems, and that the Megastar’s departure was not actually for a vacation—rather, it supposedly covers up the possibility that Cuneta has already left Pangilinan.

Incidentally, photos of Pangilinan with fellow senator Risa Hontiveros are recently circulating online. The said photos were believed to have been taken when the two senators paid a visit to incarcerated administration critic, Sen. Leila De Lima at Camp Crame in Quezon City.

While the rest of the photos merely show the two senators walking side by side, one of these caused quite a stir. The said controversial photo was shot at such an angle that could easily get viewers thinking the two senators were holding hands.

The photo is also marked by a yellow circle, drawn around the senators’ hands, to point out a seemingly physical contact. This drove netizens into quick judgments that something might be brewing between the two senators. Ultimately, assumptions about the photo were connected to the issue of Cuneta’s sudden departure.

The photos showing the two senators walking next to each other without any physical contact can be seen on Pangilinan’s official Facebook page.

Just as there are netizens who jumped into conclusions that something special might be going on between Pangilinan and Hontiveros, there are still those who chose to be more reasonable.

A lot of netizens also believed that the controversial “holding hands” photo was edited.

Rumors of marital problems were further sparked when the megastar recently posted a mysterious statement on her Facebook page, saying she “does not want to go back home anymore.”

While both Cuneta and Pangilinan have not yet clarified anything, the Megastar seems to continue giving off hints to fans via her official Facebook page. In a series of early morning posts yesterday (May 10), Cuneta wrote that she’s “supposed to go home today. But nope.” 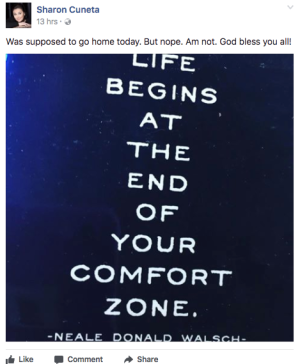 The Megastar’s next post was a quoted proverb about a caterpillar which “thought the world was over.” Could she be hinting that she sees herself as the caterpillar, transformed into a butterfly, freed from an awful past? 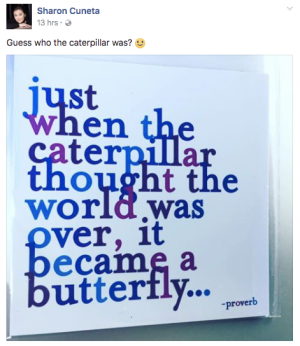 Whatever the posts exactly mean, Cuneta continues to gain support from fans and netizens. 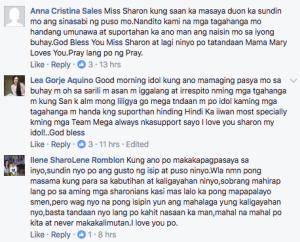 Meanwhile, her daughter KC Concepcion recently posted a photo of herself bonding with her senator stepfather. Can the post be related to the marital issues between Pangilinan and her mom? Could this post pacify the intrigues? 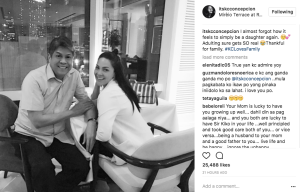