‘Tear Down this Wall:’ border concert to defy Trump 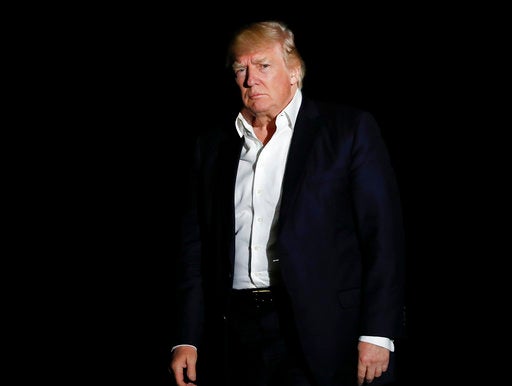 President Donald Trump walks from Marine One across the South Lawn to the White House in Washington, Sunday, May 7, 2017, as he returns from Trump National Golf Club in Bedminster, N.J. AP PHOTO

MEXICO CITY—Musicians from both sides of the US-Mexican border, and from around the world, will come together next month in a symphonic protest over President Donald Trump’s plan for a wall to restrict immigration.

The crowd-funded June 3 show, announced Monday by the Dresden Symphony Orchestra, will take place in Friendship Park, which straddles the border between the Mexican city of Tijuana and San Diego in California.

“It’s not the only wall in the world. The list of walls around the world is really long,” said Markus Rindt, organizer of the project dubbed “Tear Down This Wall!”

But “nationalism is on the rise. And the (US-Mexico) wall is on people’s minds.”

Rindt, 50, was just a young man when Ronald Reagan in 1987 urged the then Soviet Union to “Tear Down this Wall” in Berlin — the quote that inspired his project.

This time, Rindt will try to move minds with a combo featuring four Germans, a Swede, and two Latin Americans. Representing Mexico will be performers from Tijuana. US singer Coral MacFarland from San Diego is expected, he said.

Trump made a border wall with Mexico one of his leading campaign themes, claiming criminals and drug traffickers were flooding over the southern US border, and that Mexico should pay for the new wall.

Mexico has so far steadfastly refused, and Trump has yet to secure any of the billions of dollars in congressional funding needed to start his flagship project.