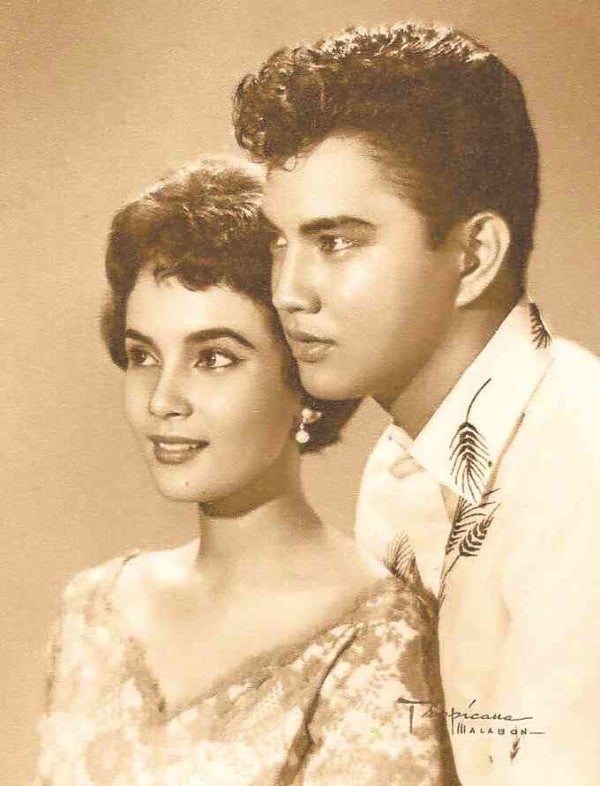 Vasquez, or Ricardo Sumilang in real life, was married to former screen partner Amalia Fuentes in the 1960s. Fuentes and Vasquez, regarded as one of local show business’ golden couples, had a daughter, Liezl Sumilang-Martinez, who passed away after a valiant battle with cancer on March 14, 2015.

Vasquez, who was based in the United States, traveled back to Manila when his daughter’s health took a turn for the worse two years ago.

“He was distraught when Liezl died,” Martinez recalled. “He arrived the same day she passed away. But Liezl was able to spend some time with her father in Los Angeles in 2014, a few months before her passing.”

Martinez described Vasquez as a “nice guy.” “I am in deep pain and sorrow. He was not just my father-in-law; he was a good friend,” he said. “My kids (Alyanna, Alfonso and Alissa) are devastated by the loss of their lolo (grandfather).” 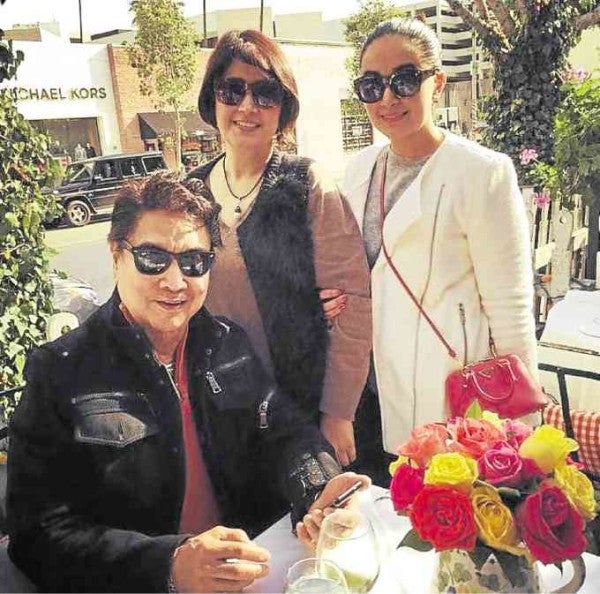 From left, the late Romeo Vasquez with his late daughter Liezl Martinez and granddaughter Alissa

It’s a painful time for the Martinez siblings because their grandmother Amalia suffered a stroke in 2015, only eight months after their mom Liezl’s death.

Producer Marichu Maceda, Sampaguita Pictures scion, recounted that she had last talked to Vasquez during a get-together held after his daughter’s demise. “It was disheartening to see him that night. He seemed broken.”

It was particularly distressing because Vasquez was “Mr. Sunshine.” “Wherever he went, you would always hear laughter. He was one of my grandmother’s favorites—one of the few who could ask for extra pocket money for his escapades. He was such an adorable person. Everyone loved him,” Maceda related.

Vasquez was famous for romancing some of the most beautiful women in show business, on-screen and offscreen.

He was paired with Fuentes in several movies produced by Sampaguita Pictures in the 1950s and 1960s: “Pretty Boy” and “Bobby.” He also costarred with Fuentes’ rival Susan Roces in movies like ‘Debutante” and “Maruja.”

In the 1970s, he was linked to actress-turned-politician Vilma Santos, who was his partner in films like “Pinagbuklod ng Pag-Ibig” and “Swing It Baby.”

“It’s sad news,” Santos told the Inquirer. “I am shocked because the last time I saw him at the wake of Liezl, he looked OK. He will be missed and I will pray for the repose of his soul and strength for his family.”

Filmmaker Elwood Perez directed Vasquez and Fuentes in “Puwede Ako, Puwede Ka Pa Ba?” in 1976. “He kept an exercise and diet regimen that made him look a generation younger than his age,” Perez quipped. In 1958, Vasquez won best actor at the Asian Film Festival for “Ako ang May Sala,” Perez said .

Maceda remarked: “When I think of him now, his laughter and his tears are the memories that remain in my mind. Our family loved him as if he were our own brother.”