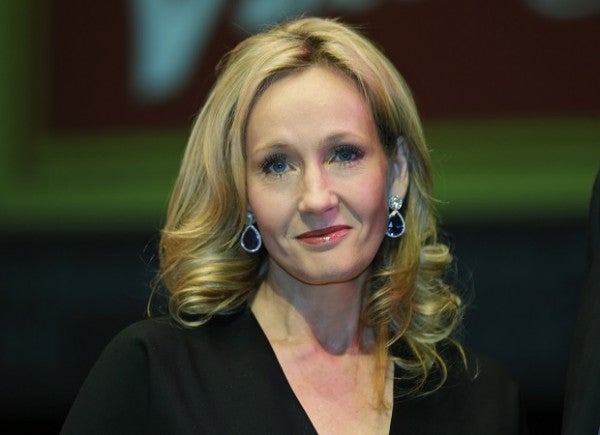 In commemoration of the May 2 anniversary of the fictional Battle of Hogwarts, Rowling amused fans by apologizing for curtailing the professor, who was known as an exemplary potion-maker madly in love with Potter’s mother, Lily Evans.

“Okay, here it is. Please don’t start flame wars over it, but this year I’d like to apologize for killing (whispers)… Snape. *runs for cover*,” she tweeted on Tuesday.

OK, here it is. Please don't start flame wars over it, but this year I'd like to apologise for killing (whispers)… Snape. *runs for cover*

But “Harry Potter” fans lost their cool and began pounding Rowling with tough reactions. One Twitter user remembered Snape’s cruelty toward Potter and his classmates at Hogwarts School of Witchcraft and Wizardry. “He (Snape) also bullied Harry and tried to make his school life hell just because he was petty and bitter,” he replied.

Meanwhile, another user reminded fellow fans, “While it hurts to remember, we must. Never forget the sacrifices made through the Battle of Hogwarts!”

@jk_rowling yeah but why'd you kill all the hufflepuffs though? Justice for hufflepuffs

@jk_rowling It made sense for the story. We love him so much… pic.twitter.com/WrYizZ9M54

@jk_rowling Please Jo, twitter isn't the place for this. You need to go on Snapechat

@BlakeLeyers @jk_rowling While it hurts to remember, we must. Never forget the sacrifices made through the #BattleofHogwarts!

@NickEllis @halseysreid @jk_rowling He also bullied Harry and tried to make his school life hell just because he was petty and bitter???

Alan Rickman, who died in 2016 due to cancer, played the role of Snape in the whole “Harry Potter” saga. Rowling previously tweeted her remorse for killing two other characters, Fred Weasley and Remus Lupin.  Gianna Francesca Catolico /ra