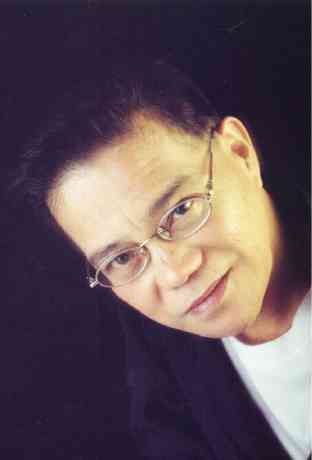 Willy Cruz, the esteemed songwriter-arranger whose lyrical sensitivity defined the many enduring compositions he had contributed to the Philippine music industry, died early on Monday morning due to complications arising from a stroke, at St. Luke’s Medical Center in Quezon City. He was 70.

The news, which first broke on social media, was confirmed to the Inquirer by Cruz’s close friends, former Ateneo schoolmate Jun Alvendia and composer-advertising man Nonoy Gallardo, who added that the recently departed songsmith was found unconscious in his bed on April 10 at noontime.

The veteran music artist, whose full name is Wilfrido Buencamino Cruz, then went into a weeklong comatose and was subsequently declared brain dead, moments before he passed away at around 1 a.m. His wake is at the Loyola Memorial Chapels and Crematorium in Makati City; cremation is tentatively scheduled tomorrow.

Zuñiga described Cruz as “a musician par excellence” and a “consummate songwriter.”

“Writing lyrics and music came easy to him. Give him an idea, and he will expound on it through music—all in a short while. Above all, he was a kind and peace-loving man,” related the singer, whose other favorite songs, “Love Without Time” and “Gabi Kung Sumikat ang Araw,” were also Cruz’s compositions.

Born on Jan. 30, 1947, in San Miguel, Manila, Cruz started his career in the local music scene as the musical director for the 1970s band, The Ambivalent Crowd. He then worked as an executive for Vicor Music Corporation (where he collaborated with the likes of Nora Aunor and Pilita Corrales), before forming his own music label, Jem Recording.

A considerable portion of Cruz’s expansive body of work is composed of musical scores he penned for close to a hundred movies, including those that starred silver screen queens—“’Merika” (Aunor), “Alyas Baby Tsina” (Vilma Santos) and, of course, “Bituing Walang Ningning” (Cuneta), which was recently adapted into a stage musical.

“I lost a dear friend and coworker in Willy,” said Viva Entertainment big boss Vic del Rosario, who cofounded Vicor and produced “Bituin.” “I’m proud to say that he gave his best to Viva.”

Singer Bituin Escalante, a family friend of Cruz, and whose mother, Gigi Escalante, was a member of the Ambivalent Crowd, said she’d miss doing rehearsals at the songwriter’s home in Cubao, Quezon City.

“It breaks my heart … What made him special was his sensitivity. He was a vulnerable human being who had the gift of marrying beautiful melodies with words,” she said, echoing Gallardo’s appraisal of Cruz’s genius. “As for his legacy, his work speaks for itself.”

Cruz’s death was a “profound loss,” especially to the composers and singers who looked up to him not only for being an industry stalwart, but also as a mentor—a yardstick against which they measure themselves.

For composer Ryan Cayabyab, Cruz was “the best melodist of our generation.”

“His music carried an intrinsic Filipino soul. As his legacy, Cruz continued the melodic tradition started by the gifted likes of Nicanor Abelardo and Francisco Santiago,” he said of Cruz. He was the grandnephew of pianist-composer Francisco Buencamino and a cousin of pianist Cecile Licad and composers Llorie Ilustre and Nonong Buencamino.

What hitmaker Rey Valera admired most about Cruz was his uncanny ability to turn an unassuming pop song into a contemporary classic. “Sosyal ang diskarte niya. I looked up to him. He was one of the most productive songwriters, arrangers and pianists we had,” he said.

Songwriter Jungee Marcelo recounted that immersing himself in Cruz’s work had been greatly beneficial to his songwriting research and his efforts to improve in his craft. “His music exemplifies craftsmanship and commercial appeal,” he said.

Singer Dingdong Avanzado cherished growing up listening to Cruz’s work. “He’s in the same league as Cayabyab and George Canseco. His songs resonated with the hearts of Filipinos, and would stay here to be enjoyed by the future generations.”

For Cruz’s “timeless masterpieces that captured the narrative of modern Filipino romantic sensibility,” singer Noel Cabangon will forever be grateful.

Meanwhile, singer Gary Valenciano, who had the pleasure of being with Cruz in one of the latter’s last television appearances—during a musical tribute in the variety show, “ASAP”—added: “Cruz’s love songs will remind us that while he may be gone, we will never truly lose him.”