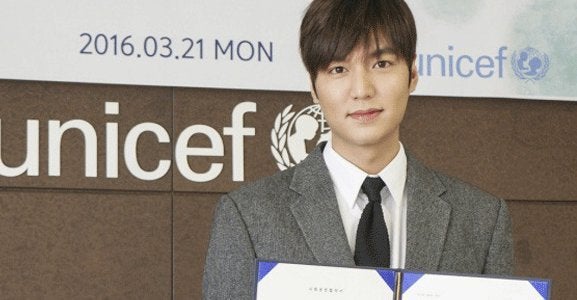 You might need to say goodbye to him in the meantime, girls. Korean star Lee Min-ho is set to begin his mandatory military service in May, according to his agency on Tuesday.

“Lee Min-ho’s enlistment date was confirmed today. He will begin service on May 12 at Gangnam-gu office as a public service officer,” MYM Entertainment said. “He’ll spend his time preparing for the service until May.”

K-Pop Herald reports that the popular actor-singer has been assigned to a noncombat position due to an injury sustained from a 2006 car accident with actor Jung Il-woo.

Earlier this year, officials from his agency denied reports saying Lee was planning to start his service in March or April.

Lee made his acting debut in 2003, starring in the EBS series “Secret Campus”. He rose to stardom both in Korea and abroad by playing the male lead role in KBS’ “Boys Over Flowers.”

He recently wrapped up recording the narration for the MBC nature documentary “DMZ, the Wild”, which he filmed from October 2015 to March 2017.

For the latest Korean entertainment news, watch K1 Headline on Viu through this link, for free. JB