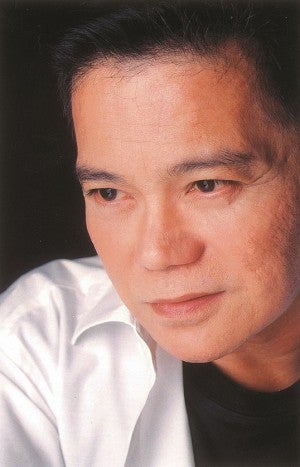 Top Filipino songwriter Wilfredo Buencamino Cruz, popularly known as Willy Cruz, has died, according to his colleagues who have gone on social media to express their condolences. He was 70.

Cruz, also a pianist and musical director, was the cousin of world-renowned pianist Cecile Licad and grandson of another famous composer Francisco Buencamino.

Rest in God's loving arms, Willy Cruz. You have left such a legacy of amazing music to remember you by.

RIP Mr. Willy Cruz. Ty for the wonderful music that you have created for the Filipinos.

RIP Willy Cruz… I may have not met you or worked with you but your songs were part of our lives.

Nonoy Gallardo, a dear friend of Cruz and husband of singer Celeste Legaspi, said Cruz is now in eternal peace in a Facebook post and asked readers to say a prayer for him.

Jungee Marcelo said goodbye to Cruz in a Facebook post, describing the composer as one of his songwriting heroes.

Cruz is arguably one of the most prolific and most awarded composers for films, having written scores for at least a hundred movies. AU/YG/JE

Read Next
Original Sang’gres reunited
EDITORS' PICK
Behind Terance Mann’s 39, Clippers oust Jazz in Game 6
Smart celebrates all kinds of ‘#SimplyLove’ for Pride Month
Smart brings KCON:TACT especially 4U to subscribers from June 19 to 27
WATCH: INQside Look with Fil-Am actress Aina Dumlao
SWS: Over 12M Filipinos still jobless as of May 2021
Gilas out to prove Korea win not a fluke; Tab fires back at ‘lucky shot’ remark
MOST READ
Underdog Dasmariñas vows to fight to the death vs Inoue
Dizon: 40 of 119 ‘Build’ projects done by 2022
South Korea rips Thailand ahead of Gilas rematch
Rajko Toroman praises, warns Gilas Pilipinas
Don't miss out on the latest news and information.