Gabbi Garcia: No trouble between Ruru and me | Inquirer Entertainment
Close
menu
search

Gabbi Garcia: No trouble between Ruru and me 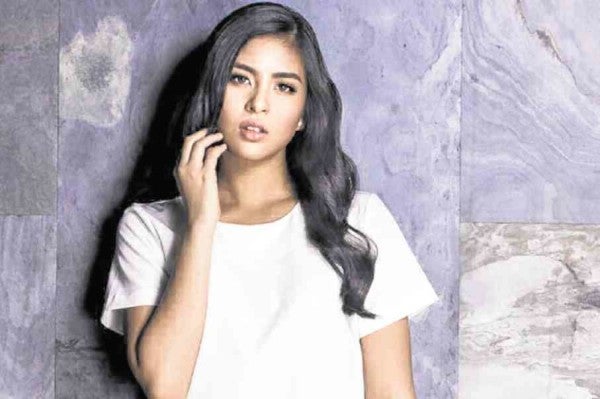 Has the love team of Gabbi Garcia and Ruru Madrid run its course? In a recent chat with the Inquirer, Gabbi said that they’re simply exploring other opportunities outside their screen partnership.

“We’re trying to expand our horizons beyond the love team. People just got used to seeing us together for the past three years,” she said.

According to Gabbi, there’s no truth to gossip that he and Ruru aren’t on good terms.

If she didn’t become an actress, Gabbi said she would have likely aimed to become a beauty queen—a dream she still hopes to fulfill someday.

She said, “Given the chance, I’d love to join Binibining Pilipinas. I’m only 18. But maybe when I turn 22 and have become more mature, who knows? I stand 5 feet, 7 inches. Maybe I’d still get taller!”

“Pia is inspiring because she has shown us that persistence really pays off. I also love Shamcey, because she’s fierce, intelligent—and a morena—like me,” Gabbi related. “When I was a kid, I didn’t like my darker skin tone. But now, I fully embrace it.”

If being a beauty queen doesn’t work out, Gabbi has yet another fallback—becoming a pilot. “My mom was a flight attendant; my godfathers are pilots, so I was exposed to the aviation industry as I was growing up,” related Gabbi.

As it is, things are going well for Gabbi, who plays Sang’gre Alena in “Encantadia 2016,” and is the April cover girl of Preview magazine.

Gabbi was recently named one of Pantene’s new Asia ambassadors. She flew to Australia to shoot a TV commercial, which has been aired in 10 countries, including Australia, Taiwan, Singapore, Hong Kong, China and the Philippines.