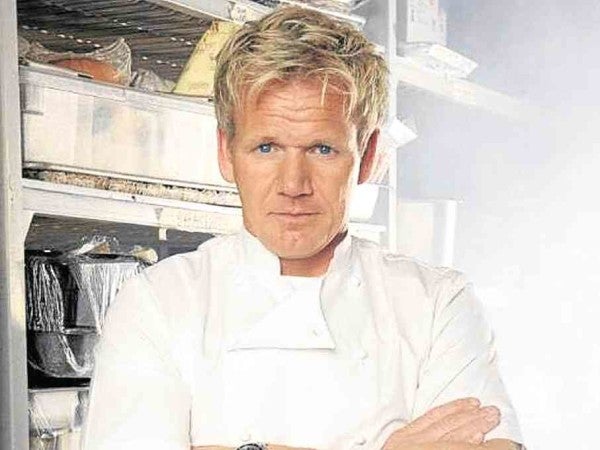 TV host and world-renowned culinary magnate Gordon Ramsay is definitely not giving away his wealth to his four kids.

In an interview with Telegraph, the British chef and “Hell’s Kitchen” host mentioned that he never wanted to pamper his children Matilda, 15, Jack and Holly, 17, and Megan, 18, with a silver spoon. Ramsay is included in Forbes‘ cream of the crop with $54-million (P2.6-billion) earnings last year.

“It’s definitely not going to them, and that’s not in a mean way; it’s to not spoil them,” he explained to Telegraph. “The only thing I’ve agreed with Tana [his wife] is that they get a 25 percent deposit on a flat, but not the whole flat.”

Ramsay added that raising his children to be independent and humble adults was what mattered most to him. “I’ve never been really turned on about the money. That’s not my number one objective and that’s reflected in the way the kids are brought up,” said Ramsay.

As a testament to his draconian parenting, he prohibits his children from sitting in the first class with him and his wife, Tana, during plane travels.

“They don’t sit with us in first class. They haven’t worked anywhere near hard enough to afford that,” he elucidated. “I turn left with Tana and they turn right and I say to the chief stewardess, ‘Make sure those little f**kers don’t come anywhere near us, I want to sleep on this plane.’ I worked my f–king ass off to sit that close to the pilot and you appreciate it more when you’ve grafted for it.”

Ramsay, 50, will star in the upcoming reality cook-off show “Culinary Genius,” while his daughter Matilda is spicing up her cooking skills in her very own show called “Matilda and the Ramsay Bunch.”  Gianna Francesca Catolico /ra