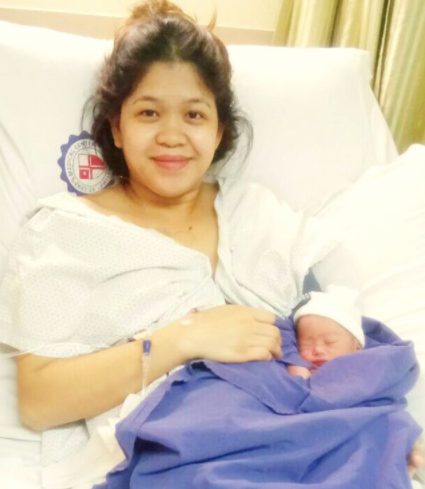 In her Instagram account, Cantiveros posted a photo announcing the birth of her second baby with husband Jason Francisco, with the caption “Thank you Lord.”

In another post, the comedian uploaded another photo with her baby, this time captioned with her message of thanks to the people who gave their prayers and support throughout her pregnancy. The couple has not yet announced the name of their baby daughter. However, they hinted at an initial through the hashtag #babyF.

Melai Cantiveros and Jason Francisco met during their stint at the phenomenal reality TV show “Pinoy Brother Brother” in its 2009 season. With their romance brewing inside Big Brother’s house, the couple got together after the show’s run, and eventually got married in 2013. The following year, Cantiveros gave birth to their first child, Amelia “Mela” Lucille.

They made headlines when they announced their split in July of 2016, but eventually reconciled. With their reunion came the announcement of her pregnancy with baby number two.