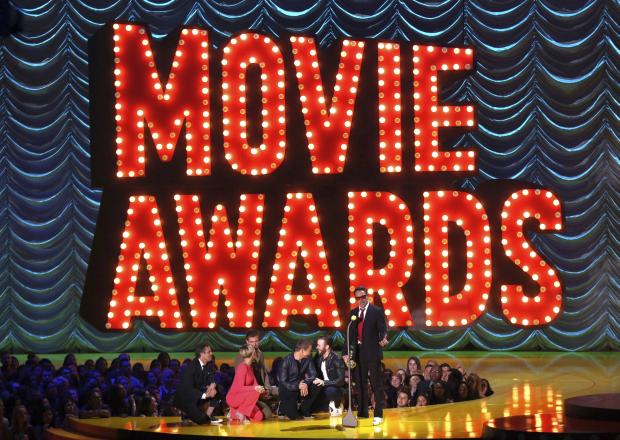 In this photo, taken April 12, 2015, Mark Ruffalo (from left), Scarlett Johansson, Chris Hemsworth, Jeremy Renner, and Chris Evans present Robert Downey Jr. with the generation award at the MTV Movie Awards in Los Angeles. MTV announced April 6, 2017, that it has scrapped gender specific categories for its upcoming Movie & TV Awards. This the first year the MTV Movie Awards has been redubbed the Movie & TV Awards. (Photo by MATT SAYLES / Invision/AP)

The move follows the Grammy Awards’ decision in 2011 to dump gender distinctions between male and female singers, collaborations and groups.

MTV’s May ceremony will also include a nod to social activism by renaming its Best Fight category to Best Fight the System.

This the first year the MTV Movie Awards has been redubbed the Movie & TV Awards. They’ll be hosted by actor and comedian Adam DeVine in Los Angeles on May 7.