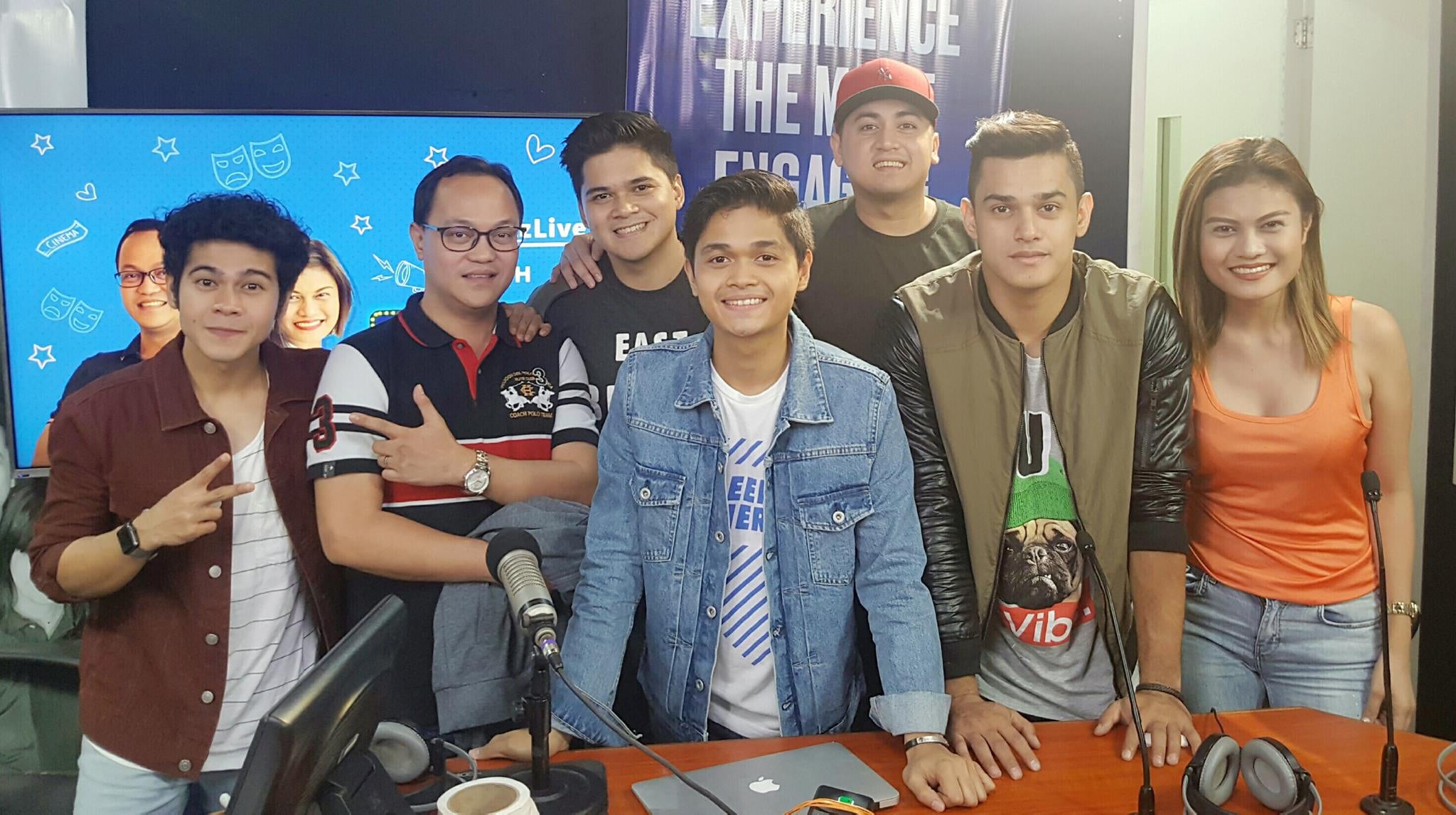 The Juans at Inquirer ShowbizLive

The band got viewers and listeners wanting for more as they performed their latest single “Nasayang Lang” and their soulful version of the mega hit “Versace on the floor”, during their April 5 guesting.

The boys shared that they started on the boy band route when Viva Artists Agency was planning to put up an all-male “typical sing-and-dance boy band.”

(When we auditioned, we were terrible, terrible dancers, but they [Viva Artists] discovered that we could also play [musical] instruments, so they said, since there is still no legitimate boy band in the Philippines, where everybody sings, [we were made into one] and that started our journey as The Juans.)

Most of them trace their roots from different singing competitions. Mendoza once joined ABS-CBN’s “The Voice of the Philippines”, Arroyo started in “It’s Showtime”, Gorospe came from TV5’s “Kanta Pilipinas”, while Guevarra came from GMA7’s “Ride To Fame”. The group’s only member who did not hail from a signing contest is De Mesa who happens to be singer Rico J. Puno’s son.

During their guesting, The Juans openly recalled thrilling fan encounters, such as those who tremble while approaching them for a photo, and when the band surprises fans by randomly calling them out on Facebook and giving them a soulful serenade.