More grist for the show biz feud and scandal mill 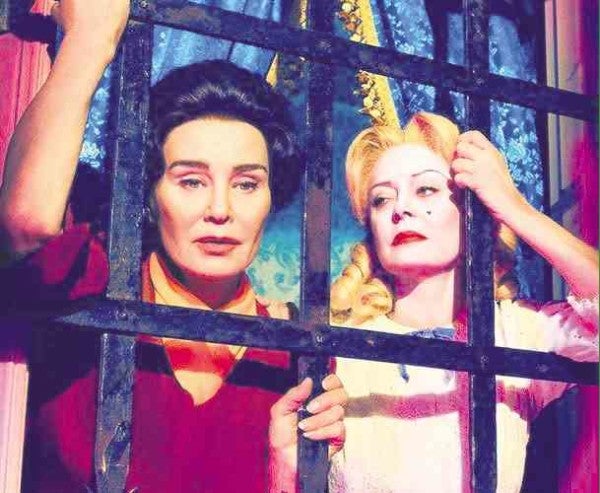 It’s exciting to learn that Ryan Murphy is megging a new limited series for FX, on the most sensational feuds between tempestuous stars in Hollywood.

The first eight-episode series, “Feud,” is on Bette Davis and Joan Crawford played by Susan Sarandon and Jessica Lange, respectively.

Most everybody loves a stellar feud and scandal, so the new show should be another sensational feather in Murphy’s cap.

The Bette-Joan tiff is the perfectly sensational choice to get the series off to an “explosive” start.

How did the decades-long stellar conflict begin? Some Hollywood insiders whisper that Joan tried to “hit” on Bette, but her advances were repelled.

Another view is that the feud was instigated by their movie studio, because the rivalry made their costarrers, like “Whatever Happened to Baby Jane?” and “Hush, Hush. Sweet Charlotte,” “must-see” attractions, that made many millions at the box office.

This less sensational and gossipy analysis is cited as an example of how the movie industry exploits the stars it professes to idolize, especially when they’re deemed too old to play romantic leads.

Thus, the new FX series is seen by some as a cautionary tale that warns other female (and male, for that matter) hopefuls to protect and defend themselves from other cynical producers’ efforts to exploit them.

Joan and Bette may no longer be around, but some younger stars continue to be exploited, so the cautionary tale remains valid and vivid.

People who want to refocus and reform the film biz hope that the “starter” series will be followed by other scandalous “star wars” that will be mined, not just for their gossip and shock value, but also for nagging lessons that still have to be really learned.

Other prospects for the FX series: Of more recent vintage was the “open secret” enmity on the “Sex and the City” set between leads, Sarah Jessica Parker and Kim Catrall.

On-cam, they had great “chemistry,” but it was mostly a put-on. Still, they were professional enough not to allow their mutual displeasure (disgust would be too strong a word) to adversely affect their characters’ relationship in the popular TV series.

And, years later, they ended up becoming pals again, as they enjoyed the perks of their hit TV shows, as well as the movies they spawned.

The feud between Ryan Gosling and Rachel McAdams was harder to contend with, let alone hide, because their hit pairing was in a famous romantic drama, “The Notebook.”

They looked so lovey-dovey on the big screen, but they had a hard time doing their breathlessly romantic love scenes—and their producers had to sit them down for hours, to iron out all of the personality conflicts that bugged them.

Well, the long session apparently did the trick—and even worked wonders, because the warring costars ended up dating for a couple of years!

Leonardo DiCaprio and Claire Danes epitomized young love in Baz Luhrman’s 1996 take in Shakespeare’s “Romeo and Juliet,” but they didn’t have much affection for each other in real life.

Danes found her leading man too immature, and couldn’t take the silly pranks he loved to play on her—while he found her too uptight!

After that less than ecstatic shoot, the incompatible stars avoided one another, and she even turned down a role in the film, “J. Edgar,” because it starred him!