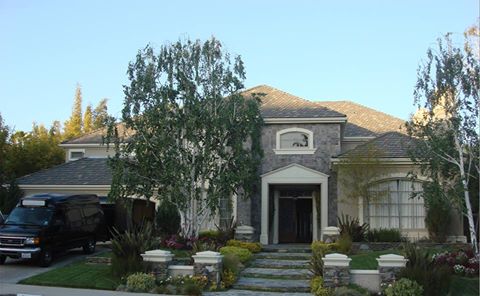 The “Your Face Sounds Familiar” judge made the disclosure in a series of Facebook posts on Monday as she emotionally parted ways with her “home thousands of miles away,” which she bought seven years ago.

“Oh, the new owner of my house in California is one of Adam Sandler’s friends, Allen Covert. He has appeared in almost all of Adam’s movies,” she said.

In other Facebook posts, she gave her final goodbye to her home and reminisced her happy times in California. “I miss you so much, my happy bedroom….You look sad without my books and the other furniture,” she wrote in one post. “And you, my happy kitchen, I will always keep in my heart. I hope your new owners are loving you as much as I always will be.”

According to a report by Los Angeles Times, Cuneta sold her two-story mansion for $ 2.195 million (P110 million). It was built in 1977, measures around 6,600 square feet and has a swimming pool, wet bar, a center-island kitchen and a vast study room.

Covert is notable for his role in the 2006 comedy flick “Grandma’s Boy” and worked with Sandler in a couple of films including “Happy Gilmore,” “Big Daddy” and “50 First Dates.” Gianna Francesca Catolico /ra