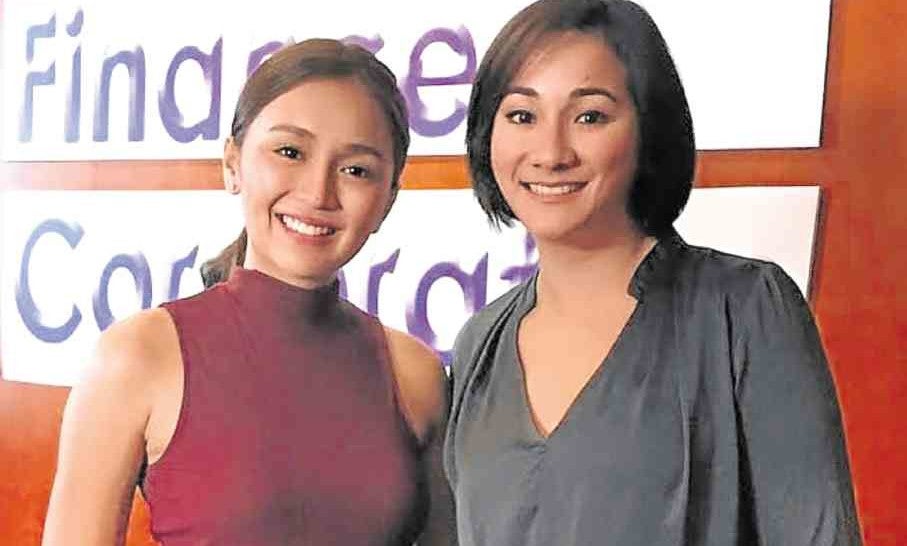 I immensely enjoyed bonding with good friends and cool couple China Cojuangco-Gonzalez and chef Gino Gonzalez in Boracay. Their 3-year-old daughter, Lucia, is too adorable for words.

China is more than delighted to be a part of Kathryn Bernardo and Daniel Padilla’s movie, “Can’t Help Falling in Love.” She plays boss to Kathryn’s character. She’s turning a year fiercer on April 22.

The hot mama shared her prebirthday thoughts with the Inquirer:

What did you observe about KathNiel off-camera? They’re the cutest! I have to be honest, nakakakilig sila. They’re very sweet, and you could see how much they love each other, onscreen and off. They’re actually one of the love teams that I like watching … and now that I’ve met them, I appreciate them even more. Fan mode!

Tell us about your new resto. We’re having a grand opening soon … it’s called Poultry Stack, located at Scout Tuazon corner Scout Lozano. We serve all kinds of chicken dishes.

What are some of the motherhood tips you learned from your sister, Mikee? Mikee hasn’t told me the dos and don’ts of motherhood, but based on observations, it’s really about how to have a [strong] relationship with my child, to be patient and loving, [and] to teach her how to pray.

Tell us about the culinary class for kids that you handle. Every summer, I teach kids cooking for five days at the Center for Asian Culinary Studies in Manila, Davao, Cebu and Pampanga. I also have a juniors cooking course for early teens, which is more intensive.

What are your plans after you turn a year wiser this April? I’m hoping for more projects, whether it’s in culinary arts, hosting or acting … and a sibling for Lucia is a possibility.

What’s a misconception about the Cojuangcos? That we are not good people … that we are snobbish and selfish. I don’t really want to tackle this—as much as I try to explain or defend, people will always have their own opinion.

What’s the toughest part of being a Cojuangco? I used to think it was tough being a Cojuangco. So many expectations and eyes [watching]. When I got older, I realized that the best thing I could do is be who I am. What you see is what you get.

Guess List: A Celebrity Heartthrob’s (CH) “Mystery Girlfriend” (MGF) hired a poser to mislead the public. Why the secrecy? Someone privy to MGF’s secrets told me that she got detained for a stealing incident, so she had to relocate using a different name.

MGF is now a bigwig of a company, but the buzz going around town is she’s stealing from the company, that’s why she was able to put up a business of her own.

CH does not know that MGF was once married. Fans of CH have been wondering who MGF is. CH seems to be smitten, although some quarters insist that he’s just using MGF to downplay his dark past.

The plot further thickens in the prime-time teleserye, “A Love to Last,” which makes me all the more hooked on it. The love team of Ian Veneracion and Bea Alonzo, “TonDeng”—which stands for their characters in the show, Anton and Andeng
—has a certain je ne sais quoi that charms viewers.

I find the tongue-twisting Batangueño accent of Bea’s character and the rest of her family so endearing. Arlene Muhlach (who portrays Bea’s aunt so well) told me that it’s quite difficult to deliver their lines with that accent. So they have a Batangueño on the set, who teaches them the right intonation and pronunciation. Lingo Bingo!

Personal
From the bottom of my heart, thank you to Sir Boy So and Love Apelado of La Carmela de Boracay, Dindo Salazar of Henann Regency Resort, and Tophy Andrada and Jane Galan of Asya Premier Suites for always showering me with kindness. Palangga ko kamo guid.