‘Bliss’ gets an X 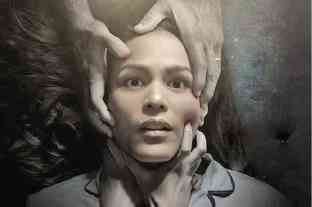 Jerrold Tarog’s latest film, “Bliss,” was slapped with an X by the Movie and Television Review and Classification Board (MTRCB) on its first screening.

MTRCB Chair Rachel Arenas confirmed the news with the Inquirer, relating that the first review committee was headed by actor Robert Arevalo, with members Pamela Macasaet and Rolando Tolentino.

Arevalo and Macasaet gave Tarog’s film an X, while Tolentino rated it R-18.

The film was rated X because of “prolonged, realistic depiction of aberrant sexual activity, sexually oriented dialogue, profanity, gory violence … [which may be deemed] offensive even [by] an audience 18 years old and above, even considering contemporary cultural values.”

Tarog told the Inquirer: “Yes, I think we will appeal.”

TBA Studios, “Bliss” producer, told the Inquirer: “We understand and respect the decision of the MTRCB committee … We are currently going through the process of submitting an appeal for a second review and hope for a more favorable result.”

Arenas explained: “Within five days after [the producers] receive a letter of disapproval [from the board], they should send us a request letter for a second review.”

According to Arenas, if the board fails to receive the letter within five days, “the producers [would] have to submit a new version of the material for review.”

“Bliss” is set to open nationwide on May 10.

In a previous case, Petersen Vargas’ “2 Cool 2 Be 4gotten” was rated R-16 by the MTRCB for its commercial run this month, even after it had received an R-13 rating (from the Film Development Council of the Philippines during its run at the Cinema One Originals festival, where it won best picture last November).

When producers requested for a second review, the board gave Vargas’ film the harsher rating of R-18 for its commercial screening.

In its decision, the board pointed out that Vargas’ film may prove “psychologically disturbing for minors … [as it] contains a very mature theme, sexual [material], nudity and alcohol abuse” and tackled “parricide/murder and suicide.” The board said it had “no redeeming social value.”

Cinema One producer Ronald Arguelles told the Inquirer that because of the R-18 rating, the film lost half of its theaters. “Apart from SM Cinemas, some theater owners in the provinces also refuse to show R-18 movies. From the original 43, we ended up with only 21 theaters.” 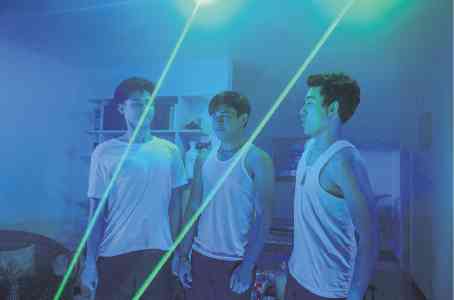 From left: Ethan Salvador, Khalil Ramos and Jameson Blake in “2 Cool 2 Be 4gotten”