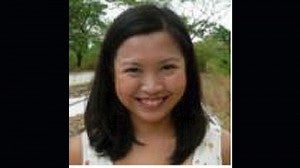 FAVORITE Lalaine Jertrude Hablado of Las Piñas City has been making waves in the television show Fun Taiwan Challenge. Host Janet Hsieh said she is a “favorite of the whole production crew” and that she “is really loved by the audience."

Hablado is “a favorite of the whole production crew,” Hsieh said.” She’ll get a lot of television time. She is really loved by the audience and crew.”

Hablado “surprised” the Fun Taiwan Challenge host who said that “she grew, matured (during the show although) she was shy and didn’t talk much. She became stronger, more opinionated.”

Another Filipino contestant, 28-year-old Calvin Chung, also seemed promising during the beginning of the show but was unfortunately eliminated during the second challenge, Hsieh said.

An off-shoot of Hsieh’s popular travel series Fun Taiwan aired over lifestyle channel TLC. The reality show features 15 contenders, hailing from Australia, Europe, Philippines, the United Kingdom and the United States, who will battle it out through a set of daredevil challenges for NT$1,000,000.

Fun Taiwan Challenge aims to put a spotlight on the interesting sites, delicacies, and experiences unique to Taiwan as Hsieh and 15 other contestants see them.

Hsieh said that despite having seen a lot of the country in her past Fun Taiwan seasons, Taiwan keeps surprising her in many ways. “I’m surprised whenever I do a season of Fun Taiwan… but I’m always surprised with certain areas I’ve never seen…places I’ve never been to before.”

“There are plenty of places still to explore,” she told reporters.

Fun Taiwan Challenge started airing on TLC last November 14 and is scheduled to air back-to-back episodes 8 p.m. every Monday with encores on Wednesdays at 2 p.m.

Tune in to see Hablado go head-to-head with other competitors in challenges that will test her mentally, physically, and emotionally.