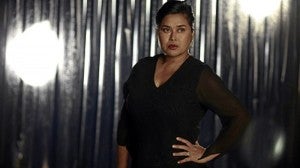 Many years ago, we read a movie script about teen pregnancy and urged producers to film it, because it effectively and sensitively dramatized a social problem that is affecting an increasing number of young Filipinos. That script remains unproduced, but the good news is that a new TV series, “Angelito, Batang Ama,” is presenting its own take on the issue.

Starring JM de Guzman in the title role, the afternoon teleserye  started telecasting last November 14 and briskly established the context and parameters of its cautionary tale about parental responsibilities being imposed on youths too immature to readily measure up to them without having to grow up practically overnight.

In the new drama series, Angelito has a huge crush on Rosalie (Charee Pineda), but she doesn’t warm up to his advances because she thinks he’s a bad influence on her brother. Actually, that’s the least of both their families’ concerns, because they’re confronted with all sorts of more elemental problems. Soon enough, of course, we presume that despite Rosalie’s antipathy for him, Angelito will get her pregnant, so their quickly complicating relationship will become their families’ biggest crisis to date.

We trust that, aside from the melodramatic upheavals that the controversial teen romance will activate, young viewers can also learn a lot about the burden of teen parenthood, and will therefore do their best to avoid it, despite modern society and media’s more highly sexualized view of life as it “should” be lived.

The series’ first telecast indicated that its new leading man has what it takes to sensitively vivify its key protagonist. But, quite unintentionally, JM’s portrayal was effectively upstaged by the performance of Elizabeth Oropesa, who’s cast as his grandmother in her TV comeback.

For a long time now, we’ve been asking producers and directors to remember that Oropesa is still around—as talented as ever—and should be lured out of self-imposed retirement. Well, she’s back in “Angelito,” and her strong showing in the new series indicates that she should be back to stay.

As lola to Angelito and his younger sister, Oropesa’s character has to be both loving and strong because their mother is dead and their father has “disappeared.” The veteran actress conveys both love and strength, so her character emerges as the story’s early fulcrum, before the young leads are forced to live up to their new responsibilities as teen parents.

What makes Oropesa’s portrayal so exceptional is her ability to personify strength without coming across as nasty and “colorfully” strident. Other senior talents could have played her character too “weepily” on the one hand, or excessively and valuably termagant on the other.

But, Oropesa avoids either pitfall by focusing only on the reality of the predicaments and problems she has to contend with, with no melodramatic “decorations” at all. Other performers can learn a lot from her portrayal’s directness, honesty and lack of “emotional blackmail.”