What it takes to be Darna, according to Ate Vi | Inquirer Entertainment
Close
menu
search

What it takes to be Darna, according to Ate Vi 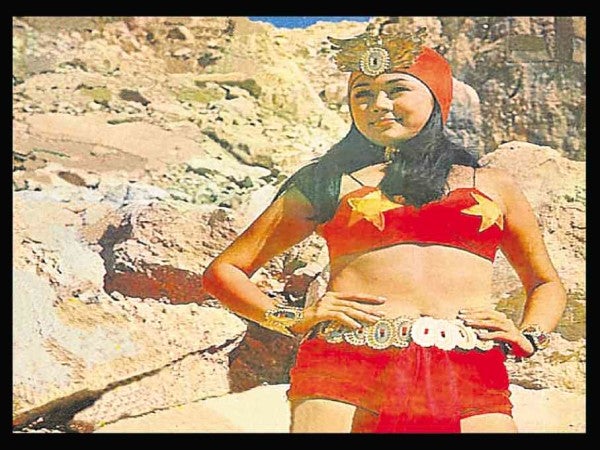 Since Angel Locsin’s back is still sore, she can no longer soar as Darna. Her doctors have dissuaded Angel from reprising the role, which catapulted her to fame. If she had her way, the Kapamilya actress would still push through with the project. Angel is ready, willing but unable.

So show biz watchers are wondering, who would be a suitable replacement for Angel? “Darna” is already part of Filipino pop culture.

Portraying the Pinay superhero would be lifechanging for any actress. I’m sure a lot of stars want to volunteer to be the next Darna, if only the choice was theirs to make.

On social media, Pia Wurtzbach, Nadine Lustre and Liza Soberano are being pitched for the much-coveted role.

I’d go for Pia. The time is ripe for her to revive her thwarted show biz career. Pia didn’t become a big star when she joined the biz during her teen years.

But just like her journey to Miss Universe (including three attempts in Bb. Pilipinas), Pia could shine as an actress the second time around.

Since the search is on, I cornered the “Queen of all Darnas,” Vilma Santos. With or without a costume and a “bato” from Ding, Ate Vi will always be a Superwoman.

“All actresses dream of playing Darna. It’s a plus factor in their career if they land the iconic role. When you are Darna, you already have a captive market. Kuha mo agad ang attention ng kids. We have many new stars who are more than qualified to be the next Darna. But I’d rather not name names at baka maipit ako (laughs). Too bad Angel had to back out, but her health is more important.

“In order to become Darna, an actress must be believable. She must also have a strong personality. She has to be charming and compassionate. [These are the] qualities that Darna possesses.

“I made four Darna movies. Those were milestones in my career.

“One cute incident that stands out in my memory happened during the press con of ‘Lipad, Darna, Lipad.’

“While shooting the movie, the RVM Sisters of my school required me to wear body stockings since the Darna costume is so sexy. It was a big deal back then to expose body parts.

“But during the press conference, my manager and other press people requested me not to wear body stockings anymore. They told me not to hide my skin because it was blemish-free and fair, anyway. It was so funny because there was a commotion in the comfort room while I was changing into my costume. They were all pleading that I take the body stockings off. So I ended up giving in. When the nuns in my school found out, they prayed over me (laughs).”

Steak of The Nation

Show biz people are discerning foodies. I noticed that many celebs are raving about Wolfgang’s Steakhouse at Resorts World Manila.

My good friend Marvin Agustin helped bring this legendary New York steakhouse to the Philippines, and had done an amazing job.

It’s one thing to support a show biz colleague but, ultimately, the dining experience must deliver. I can tell you now that the hype is real. Biting into one of the resto’s juicy steaks just might make you scream, “Holy Cow!”