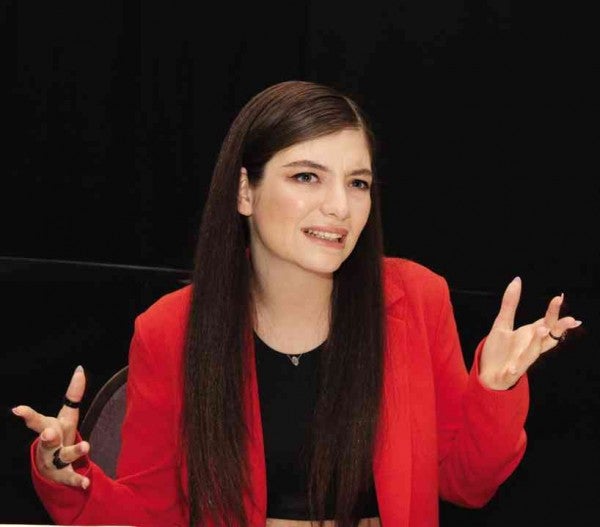 If you’ve been following Lorde’s career, you know only too well that the New Zealand artist’s live performances can get raw and intense, and are usually peppered with her signature quirky dancing.

But while her fans find her movement quite charming and distinctive, others poke fun at it. And after her recent guest appearance in “Saturday Night Live”—where she sang “Green Light” and “Liability”—Lorde’s stage showmanship was once again ridiculed in social media.

Now, it seems that the 20-year-old singer-songwriter is becoming tired of the criticism. “One day, I’ll do a normal dance choreographed by a nice person, and I will look more like your other favorite performers,” Lorde, responding to her bashers, wrote on her Facebook page. “But we have not yet reached that day.”

As one Twitter user put it succinctly: “Laughing at Lorde’s dancing is so 2013.”

Chuck Berry, who is one of the pioneers of rock ’n’ roll music, died last March 18 in his home in Wentzville, Missouri. He was 90.

In a statement posted on Facebook, the St. Charles County Police Department said that the first responders dispatched to attend to the medical emergency observed an unresponsive man and immediately administered lifesaving measures. However, efforts to revive the musician were unsuccessful.

Inspired by the blues, gospel and R&B music, Berry, whose real name is Charles Edward Anderson Berry, was the man behind the songs, “Johnny B. Goode” and “Roll Over Beethoven.”

“While Elvis Presley was rock’s first pop star, Berry was its master theorist and conceptual genius. He understood what the kids wanted before they even knew themselves,” wrote critic Jon Pareles in the New York Times.

With the live-action retelling of the animated Disney film, “Beauty and the Beast,” its popular theme song has been enjoying a lot of exposure once again: It’s been re-recorded by John Legend and Ariana Grande, but YouTube singers have been coming up with their own covers.

What did composer Alan Menken think of Emma Watson and Dan Stevens’ remake?

While he sensed trepidation in the two leads while working on it, he said their version “ended up being wonderful.”

“It was hard work—and it was worth it,” he added.—ALLAN POLICARPIO

Read Next
Budong, March 25, 2017
EDITORS' PICK
Every Filipino home can now be a smart home with realme TechLife
PLDT Home Prepaid WiFi customers now under the care of Smart
Nestlé Philippines’ ‘NESCAFÉ Plan’ bags Grand Anvil at PRSP 56th Anvil Awards
Wesley So officially a US citizen
‘Pilgrim of peace’ Pope Francis heads to war-scarred Iraq
WHO: Arrival of vaccines in PH ‘a powerful step’ towards economic recovery, normalcy
MOST READ
Kris Aquino dispels rumors on son Josh getting married, thanks Ogie Diaz for defending him
Wesley So officially a US citizen
Ginebra trades Slaughter to NorthPort for Standhardinger
LTO’s P500-M deal for screws draws scrutiny
Don't miss out on the latest news and information.