Gab Valenciano: No hope for reconciliation with estranged wife 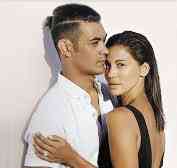 “It’s set in stone,” said Gab Valenciano of his plan to seek for the dissolution of his marriage to model and blogger Tricia Centenera in the United States.

The two got married three times in over two years—they first exchanged wedding vows in Tagaytay City on March 27, 2015.

“It’s sad because nobody wants a failed marriage, but it is what it is. I believe that we will both be happier apart than together,” Gab said during the grand launch of the ABS-CBN reality show, “I Can Do That!” which airs weekends.

Gab, however, still sees himself as “a married man, maybe four years from now.”
He explained: “I have learned that there are things you can’t rush, because there are aspects in your life that need fixing. That’s what I’m doing now. If I fall in love again, I want to be whole first.”

The second son of singer Gary Valenciano and talent manager Angeli Pangilinan also pointed out: “You need to be a million percent ready for something as major as marriage. To be honest, I wasn’t sure if I was ready back then. I did have shortcomings. I’m not going to deny that.” 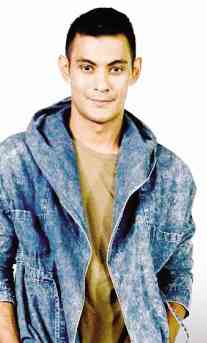 In September 2016, Tricia confirmed that they were experiencing marital woes. According to reports, the two broke up as a result of Gab’s infidelity—and it didn’t help that they were having money problems, too. But Gab denied this.

“The money issue surprised me. Things become exaggerated because of third-hand sources. I’m proud to say that, in the United States, I worked hard for everything I had,” Gab said on Thursday. He also denied being a womanizer.

“They’re dear friends. Seven months have passed, and we were able to recover our friendship. That’s all I can say,” he said.

Throughout all these, Gab said he chose to keep quiet “because I believe speaking out will not help—that’s like adding fuel to the flame. I’ve failed on certain things. She needed to release her pain. I had to respect that.”

He said he made sure to stay friends with Tricia. “We’re OK. She’d text me sometimes to ask if I wanted to see the dogs, and I’d ask how she was doing. It isn’t the best friendship yet. We’re still recovering,” he shared with the Inquirer. “Instead of dwelling on the past, we chose to focus on the fact that we were once happy together. I sincerely want to see her soar in life.”

Gab, however, emphatically said there was no hope for a reconciliation between them. “I’m very set with this arrangement. I see that she’s succeeding on her own, and I’m also doing my own thing.”

The 28-year-old dancer-performer left for the United States in 2013, at the time when his first “Super Selfie” video on YouTube went viral. He explained that the times he was away were the “defining years” of his siblings, brother Paolo, 32, and Kiana, 24.

“My parents aren’t getting any younger. I want to be with members of my family at their best. I enjoyed working in the States, or just traveling the world, but I love my family more.”

Asked for his advice to those who are also undergoing challenges in life, Gab replied: “First, surround yourself with family and friends. Be quiet—talking about the problem won’t get you anywhere. Keep yourself busy. And pray. Those were the things that got me through and helped me in my process of healing.”

Read Next
Her story, her journey
EDITORS' PICK
Leveling up your ‘lutong bahay’ with the kitchen companion you never knew you needed
SM prepares for ‘safe malling’
Notice of 2020 regular meeting of stockholders June 18, 2020
LIST: What to expect in areas under GCQ, MGCQ
Drilon wants repeal of penal provisions in proposed Bayanihan extension law
DOTr bares 2 phases of public transport revival in GCQ areas
MOST READ
LIST: What to expect in areas under GCQ, MGCQ
Hong Kong loses US ‘special status’ — what next?
Duterte approves Metro Manila’s shift to GCQ starting June 1
Bocaue Mayor Joni Villanueva passes away, Sen. Villanueva confirms
Don't miss out on the latest news and information.