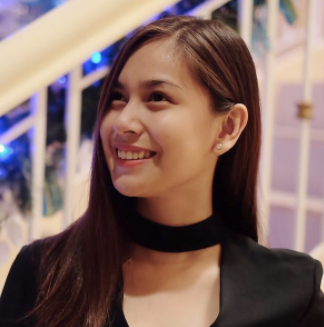 (This movie is important to me. I feel proud because I did not expect anything that has happened. I did not expect that I will be paired with him [Piolo Pascual]. My heart is overflowing, and of course, I thank Regal [Films] for the trust they gave me.)

Just like most actresses in local showbiz, most are usually considered to have reached the peak of their career when paired with the premier Kapamilya leading man, but Santos seems to prove that the peak just got sooner for her when she starred in the fatherhood-themed movie with showbiz’s “Papa P.”

“Ibang-iba to, ultimate to eh, pangarap ko to eh, natupad na eh, (This is really different, this is the ultimate, this is my dream and it has come true),” she said.

Though she has been launched into showbiz through her stint at ABS-CBN’s Pinoy Big Brother Teen Clash in 2010, she has not been given a full-on opportunity where she can fully shine. This time, she was given her first movie and a lot more other firsts.

(This is so memorable because it’s my first time to shoot out of the country. When we shot in New Zealand, our crew was also with us. It’s like Hollywood, it was really fun and it’s also my first time to experience snow.)

As this is Santos’ first movie, this is also where she shot her first love scene yet. She said she felt completely comfortable because her leading man was fully supportive and guided her all the way.

(The love scene with Piolo had me feeling mixed emotions. I was scared, but happy and excited at the same time. Papa P was also guiding me all throughout. We talked about how to do our scenes.)

“Northern Lights” will be showing on March 29 in cinemas nationwide. JB

Piolo on fatherhood movie ‘Northern Lights’: ‘It happened to me in real life’