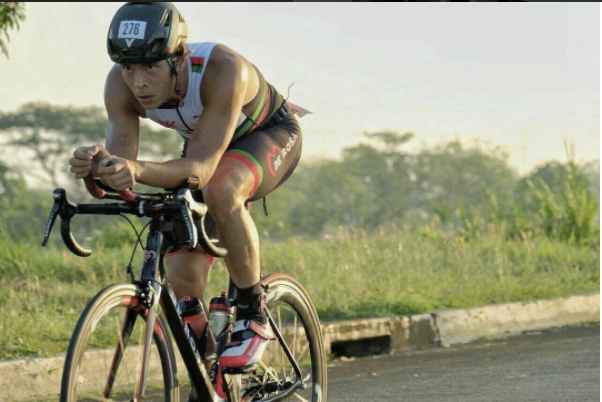 Actor-athlete Jake Cuenca was rushed to the hospital Tuesday morning after figuring in a bike accident.

In an interview with his father Juanto Cuenca on DZMM radio, he shared that a truck suddenly stopped in front of Jake as the latter was training at the Mall of Asia grounds.

(Every morning, Jake trains for the Ironman [70.3 race] at MOA. A big truck suddenly pulled over and he did not have time to brake, so he hit the truck. He was then rushed to the hospital. He was brought to the emergency room, at the trauma section.)

He said his son was taken to the hospital by his driver for immediate treatment, as there were no ambulances on site.

“‘Yung driver niya mismo [ang nagdala sa kanya sa ospital] because there were no ambulances on site. Sa Medical City, that’s where he is now. Meron siyang two broken bones on the hand. He had to have stitches in his chin. They are still continuing with the tests kung ano pa ang damage sa kanya,” he said.

(His driver took him to the hospital because there were no ambulances on site. He is at the Medical City right now. He has two broken bones on the hand. He had to have stitches on his chin. They are still continuing with the tests to see if he has any other injuries.)

The actor was conscious all throughout but the accident that happened around 7 a.m. caused him a lot of pain.

He has been discharged but is due for surgery this Friday because of the broken bones on his hand.