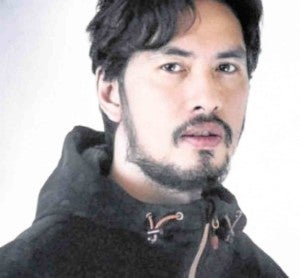 Whether it’s music, photography or business, once Rico Blanco commits himself to an endeavor, he makes it a point to deliver. He’s not one to do things half-baked. He doesn’t want to disappoint or fail.

So, when his colleagues at the Filipino Society of Composers, Authors and Publishers, Inc. (Filscap) doggedly urged him to assume the organization’s presidency after Noel Cabangon’s term ended last year, Rico had to do a double take.

The former Rivermaya frontman already had a lot on his plate—a career to maintain, a bar to run and sundry artistic pursuits. Stacking an important leadership stint on top of all those, he felt, didn’t seem too realistic.

And though he had been a part of the board of trustees for two terms, he didn’t believe he was experienced enough for the position. He still had a lot to learn, he said.

Rico thought long and hard. Eventually, the 43-year-old music artist realized that there must be other things he could do for Filscap, aside from collecting royalties for songwriters, enforcing intellectual property rights, and serving as a bridge between copyright-holders and prospective music users.

Perhaps, Rico said, he could use the platform “to nurture a new generation of composers.” That is exactly what he did.

Since taking on the job in June last year, Rico has not only been overseeing the association’s core functions—he has also been spearheading the “Filscap Campus Caravan,” a series of composer lectures and workshops in different universities.

Through the workshops, aspirants get an opportunity to meet and learn from Rico and some of the country’s top musicians, such as Gloc-9, Yael Yuzon and Raymund Marasigan.

The touring educational sessions, which is now on its second year, had made stops at the University of the Philippines-Diliman, University of Santo Tomas, De La Salle University, San Beda College-Alabang and University of Makati.

Its next leg will be held at the De La Salle-College of Saint Benilde, featuring Gabby Alipe as the main speaker.

Filscap also organizes open-mic nights, where aspiring songwriters can connect with each other and perform their own works. “We want them to realize that they and their music have value. We want to encourage them to keep creating,” said Rico, who has been a Filscap member since 1996.

Excerpts from the Inquirer’s interview with Rico:

What made you accept the job? It’s a bit of a sacrifice. But I realized that if I were to do it, I might as well do it now that I’m busy and still have a considerable following—not when I’m older and no one cares about what I do anymore.

Have you had any prior leadership experience? I was a Sangguniang Kabataan chair in San Pedro, Laguna when I was 19. That was even before Rivermaya. I have had small businesses, too.

You didn’t feel you were ready. I personally think that I needed to sit as a trustee for a few more years to be considered for the job.

Did your fellow trustees tell you why they wanted you for the job? They said that they felt I was the best guy for it.

Do you think they wanted someone younger? They have been wanting to get new blood on the board.

The chair, Nonoy Tan, had been asking me to be part of the board for years.

But now, I feel that I can afford to sacrifice a bit for the good of the community.

What was your impression of the group upon getting in? These guys are not playing around. They tackle serious, principled issues, which are debated on, discussed and fleshed out.

People think that Filscap collects royalties. How would you explain the group’s purpose? You can think of us as a middleman. We make music available for establishments, organizations and music users, so they could harness its power for their business, causes and events—legally. We get the licenses they need from artists here and around world.

We also make it possible for songwriters to share their music, without them having to go to every television network, restaurant or store.

What is your thrust, as the president? I simply want to educate people about what Filscap is.

We want them to acknowledge that music has a worth that should be respected.

You also have other projects, like the “Campus Caravan.” We want to tap our country’s new breed of songwriters. We want to go out there and keep them inspired, so they can continue creating.

What happens in the sessions? The songwriters talk about how they write their songs—that’s it.

What do you usually talk about? What are the most asked questions? I share with them my personal experiences as a musician.
They ask things like, “Where do you find inspiration?” and “How do you balance your studies and your craft?”

What is the advice you give them? There are no rules in making music and in songwriting.

Speaking of balancing time, how do you do it? You just really have to make time for it.

How long is your tenure, and do you plan to continue beyond that? The term is two years, but I have yet to think that far ahead.