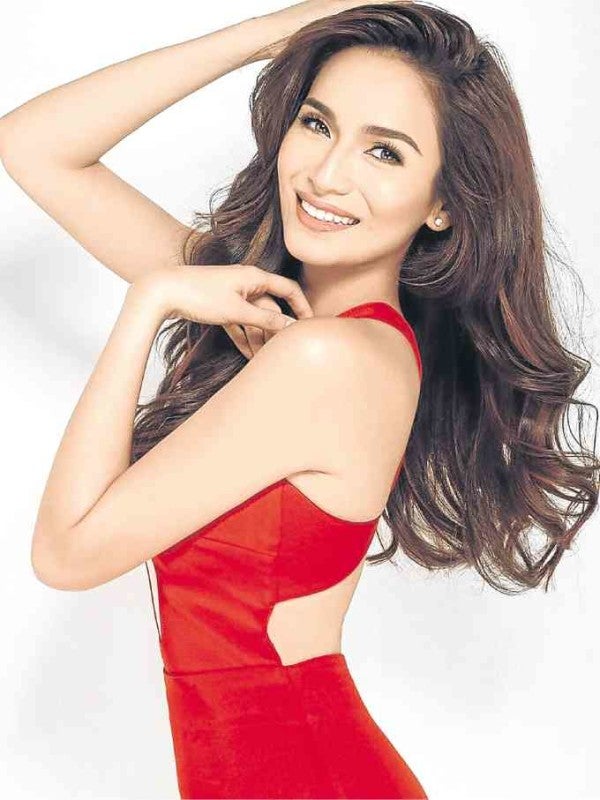 Jennylyn Mercado has been in show business since 1999 and became popular after winning the “StarStruck” talent discovery tilt in 2003. She’s had attention-calling TV and film showcases like “My Faithful Husband,” “Blue Moon” and “Rosario,” but there have been times when her stellar career has lost some of its glitter and glow.

Now that she’s in her late 20s, however, she appears to have reenergized her portrayals. Practice does make perfect, and relative maturity enables an actress to expand and deepen her understanding of and ability to create believable and empathetic characters.

The “new and improved” Jennylyn came to the fore only a couple of seasons ago, by way of the sleeper indie hit, “English Only, Please.”

Along with costar Derek Ramsay, Jennylyn surprised viewers with her edgy portrayal of a survivor and “Jacqueline of all trades” who tutors a visiting Fil-Am (Ramsay), who’s come to Manila to get back at his ex-girlfriend. Expectedly, he eventually falls in love with his feisty tutor—but the film’s regulation Happy Ending takes more time to work itself out.

Jennylyn played her role so feistily and yet endearingly that she won, not just viewers’ hearts, but also the best actress plum at the 2014 Metro Manila Film Festival (MMFF).

Subsequent TV-film vehicles were less resoundingly effective for her, but “English” served notice that, after more than a decade in the biz, Jennylyn had finally “arrived.”

Yes, “English” was “only” an indie, but its success made big waves for her acting career.

Why? Her edgy portrayal was felt to be “right” for today’s gutsily “survival” scenario for some young-adult Filipinos.

And the fact that Jennylyn was easy on the eyes also helped a lot, because it made doting on and empathizing with her character that much easier.

It’s no surprise, therefore, that Jen’s follow-up film for 2015’s MMFF, “#Walang Forever,” cast her in a similarly “now” kind of role, a rom-com screenwriter whose movies are hits because she “plagiarizes” her own love experiences.

At first blush, the similarity in tone, texture and tempo is a distraction and limitation, but the film soon takes a more mordant and less rom-com turn, so Jennylyn avoids being accused of “Xeroxing” her hit portrayal.

Since she deepened and expanded her thespic resources, Jennylyn was able to match Jericho Rosales’ prodigiously creative and prismatic portrayal of the film’s “doomed” male protagonist—a rare feat for any actress.

Jericho “gave” and “demanded” more than Ramsay did in “English,” so his costar had to always be on her toes and playing her “A” game—while they both made their “acting in tandem” act look deceptively easy-breezy for viewers.

The ultimate outcome was, both stars won lead acting trophies, with Jen delivering a one-two punch at the MMFF that’s one for the local movie books.

With those back-to-back successes going for her, 2017 should turn out to be Jennylyn’s best year yet! But, no more potentially limiting similarities in the roles she’s assigned to portray, OK?

Read Next
Little Things, March 2, 2017
EDITORS' PICK
Over 3 Million worth of prizes to be won at Smart Padala’s SENDali Manalo Promo!
Acer starts the year off strong with the Aspire Vero National Geographic Edition
Uproar over no vax, no ride policy: Maybe it’s time for gov’t to say sorry—Bello
97% of COVID-19 beds at PGH currently occupied
Japan brings back virus restrictions over Omicron surge
Gear up and get ready to play with Yamaha Mio Gear
MOST READ
1Sambayan names 7 aspirants in its 2022 Senate lineup
Emma Stone calls Andrew Garfield a ‘jerk’ after he ‘lied’ about his ‘Spider-Man: No Way Home’ appearance
Guevarra to Acosta: Obey rules on unvaccinated
PH to import 60,000 tons of fish to cover shortage
Don't miss out on the latest news and information.