Stars arrive at Oscars, where ‘La La Land’ could shine 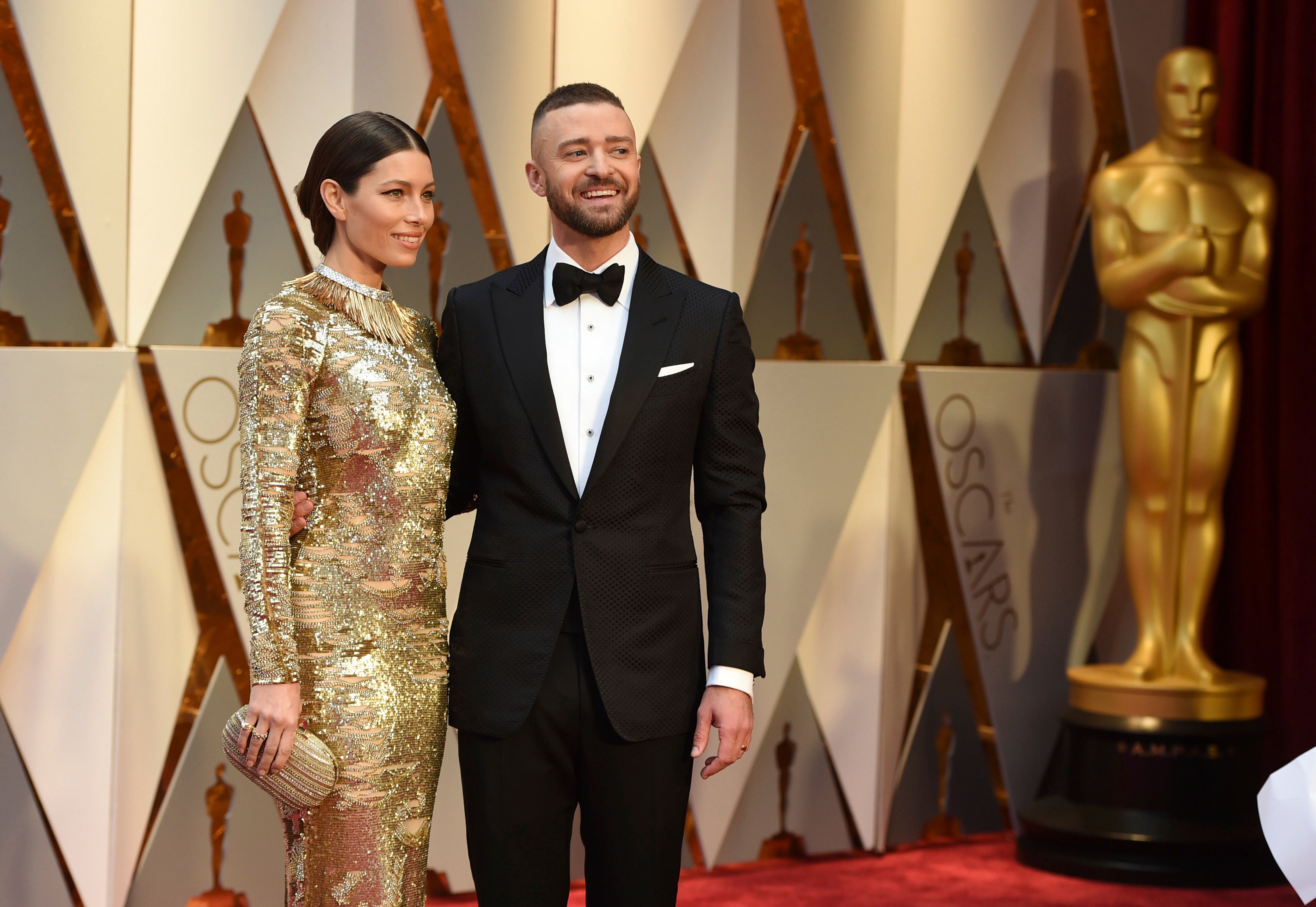 Jessica Biel, left, and Justin Timberlake arrive at the Oscars on Sunday, Feb. 26, 2017, at the Dolby Theatre in Los Angeles. AP

LOS ANGELES, United States — Will the 89th Academy Awards be a parade of political speeches or landslide for “La La Land”? Probably both.

Sunday night’s Oscars are shaping up to be one of the most turbulent and politically charged ceremonies in recent memory. The three-hour-plus telecast, which begins at 8:30 p.m. on ABC, is expected to resemble one very glitzy protest against President Donald Trump, whom award-winners — like Meryl Streep at the Golden Globes — have railed against throughout Hollywood’s awards season.

An unusually tense atmosphere has coalesced before the Dolby Theatre ceremony, with protests, rallies and boycotts swirling around this year’s Oscars. Even the normally sunny California weather has been stormy, and light rain fell Sunday as stars arrived on the covered red carpet.

“It’s crazy to be at the prom,” said Lin-Manuel Miranda, the Broadway star who is to perform his nominated song from “Moana.” He brought his mother, Luz, as his date.

Yet most expect another day of sun for Damien Chazelle’s celebrated musical “La La Land,” up for a record-tying 14 nominations. A best picture upset, while unlikely, isn’t out the question, though. Barry Jenkins’ eight-time nominated “Moonlight” on Saturday took best feature at the Film Independent Spirit Awards, where “La La Land” wasn’t eligible.

The “OscarsSoWhite” crisis of the last two years was largely quelled this season by a richly diverse slate of nominees, thanks to films like “Moonlight,” ”Fences” and “Hidden Figures.” A record six black actors are nominated. For the first time ever, a person of color is nominated in each acting category. And four of the five best documentary nominees were also directed by black filmmakers.

The nominees follow the efforts by Academy of Motions Pictures Arts and Sciences President Cheryl Boone Isaacs to diversify the membership of the largely white, older and male film academy. In June, the academy added 683 new members: 46 percent of them were female; 41-percent were nonwhite; and they pulled from 59 countries.

But just how political the ABC show becomes will depend in part on the tone set by host Jimmy Kimmel, who’ll have a delicate balancing act to maintain. Play it too light and he’ll appear out of sync with the mood. Hammer too hard and he’ll alienate viewers already inundated by politics. Some Trump supporters, expecting political speeches, have said they will boycott the broadcast.

The academy and ABC will be hoping to improve on last year’s telecast. The Chris Rock-hosted show drew 34.4 million viewers, an eight-year low. Ads this year are still going for $2.1 million for 30-second spots.

There are some sources of suspense at this year’s Oscars, most notably in the best actor category. While Casey Affleck (“Manchester by the Sea”) was the favorite through most of awards season, Washington (“Fences”) took the highly predictive Screen Actors Guild award, setting him up as the odds-makers’ favored pick.

Affleck, wearing a shirt with the word “love” in Arabic, was among those to speak bluntly against Trump at Saturday’s Spirit Awards.

“The policies of this administration are abhorrent and will not last,” said Affleck, accepting the best actor award.

— On Friday, the United Talent Agency, forgoing its usual Oscar party, instead held a rally protesting Trump over immigration. “We will not tolerate chaos and ineptitude and war-mongering,” Jodie Foster told attendees.

— Also on Friday, the six directors of the foreign film nominees released a joint statement condemning “the climate of fanaticism and nationalism we see today in the U.S. and in so many other countries.” The signees included the Iranian director Asghar Farhadi, whose “The Salesman” is favored to win him his second foreign language Oscar. He isn’t attending the awards in protest of Trump’s proposed travel ban of seven predominantly Muslim nations, including Iran.

— U.S. immigration authorities are barring entry to a 21-year-old Syrian cinematographer who worked on the documentary short nominee “The White Helmets,” about the nation’s civil war.