How Shailene Woodley transformed into an activist 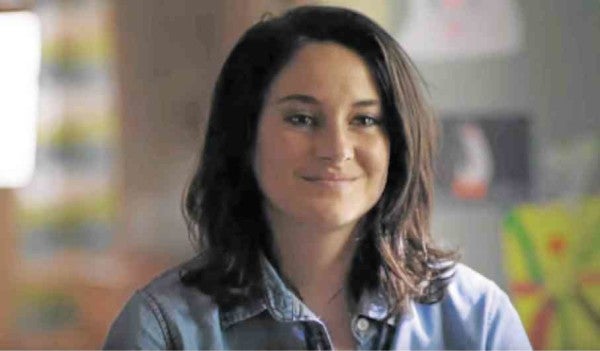 LOS ANGELES—Shailene Woodley has long been an activist at heart but when she was arrested late last year while protesting a controversial oil pipeline project, the actress said that was when many more people became aware of her active involvement in environmental and political causes.

In our recent interview, the actress who played Tris in the “Divergent” movie series talked about her activism and latest role in HBO’s series, “Big Little Lies.”

The 25-year-old actively supported Bernie Sanders’ bid to become the Democratic nominee in the US presidential race.

In October last year, Shailene made news when she was arrested in North Dakota while peacefully protesting the construction of the Dakota Access Pipeline, which is opposed by environmental and Native American groups objecting to the project because it encroaches on sacred tribal sites.

Shailene and her fellow protesters were charged with criminal trespassing.

How was your experience of being arrested? It was tough. It’s scary to be arrested. Being arrested is not glamorous. It’s not “Orange is the New Black.”  You realize that you could be in there forever. And that millions of people are stuck in cells like that forever and don’t get a chance to get out because they don’t have a name that people recognize.

Our prison system is something that is oftentimes overlooked when we talk about activism. But it’s at the root of many of these other systems that suppress people.

How did your growing-up years spark your activism? I grew up here in LA, spending a lot of times outdoors. That is what sparked it for me, realizing that if we didn’t have the wilderness, we would not be able to survive, because [trees]…provide us with oxygen. That is my lame hippie answer.

How long have you been an activist? I have been involved for a long time. I just haven’t talked about it or didn’t talk about it publicly. A whole other thing happens when you are an actor and you become politically involved.

When Meryl Streep gave that speech at the Golden Globes, there were some people who commented that actors should keep their mouths shut. Can you comment about that, in relation to you joining the Native Americans in protesting the construction of the pipeline? The thing in particular with that movement is that it’s happening even as we are speaking. They (protesters) are being shot with rubber bullets, even though the Army Corps denied it last year. It’s mind-blowing.

The reason why Meryl got so much backlash is because what she said was true. When you speak the truth and people aren’t ready to hear it, there is fear. There is anger that arises to keep that truth suppressed.  That is how tyrannical leaderships have worked in history. That is how movements like what happened in Germany started, [or] any mass genocide, any mass civil war—these things [start] because people are afraid of the truth.

We have the opportunity to change the tides of history by protesting, speaking and acknowledging these issues from a place of love and not greed and that level of patriarchal suppression.

How are you surviving these Trump days? I am surviving because so many of us are doing it together.

If people weren’t showing up at LAX [to protest the travel ban order], if people weren’t showing up on the streets, if these marches weren’t going on, if you didn’t have people like Rachel Maddow (TV talk show host), if you didn’t have people littered across our country—whether famous or not…saying we need to start having conversations to fix things, I would be pretty scared.

I don’t feel scared. I feel pretty hopeful because there is so much opportunity to actually make a difference. It only lies in our hands, and that’s it.

What are your next steps? The next step has to be solution-based. Marching is incredibly important, signing a petition and retweeting are important. But those aren’t the things that actually and permanently will stop what is going on. What’s permanently going to stop what is going on all leads back to economics. Because whether it’s Trump, the fossil fuel industry or the private prison industry, all of these things bleed into money.

So all of us who are active about getting together and building coalitions have to start thinking out of the box. I was just at the Sundance Film Festival, which is a huge supporter of Native American sovereignty and has been since Day One. Yet, Chase Bank is one of their largest sponsors. Chase Bank is one of the largest investors in the Dakota Access Pipeline that right now is endangering the lives of Native Americans.

That is what we have to start doing. We have to use our credit cards and use our bank accounts to control this country. We can do it. It’s like two hours out of the day to take your money out of Bank of America or Citibank. It’s annoying but that is what is going to make the change, more than any of the sexier stuff. 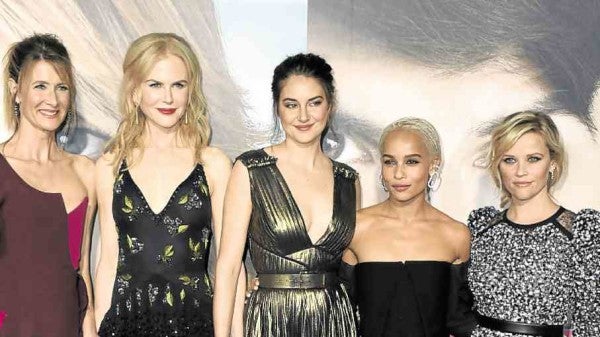 Can you talk about working in these women-centric projects like “Big Little Lies?” Is there a difference on the set? This one, for sure, there was absolutely a difference. Because you have five women who are all working on set together who are unafraid and unabashed about being truthful and honest, outside of the constraints of jealousy and comparison. We had the opportunity to get to know one another from a heart-based place and from a place of support.

That is what is very rare. Whether you are the same age or the same race as another woman in the industry like this, it teaches you that you are all for one, one for all.

Talk about fear when it comes to taking on certain roles and scenes, fear for your life in situations that you put yourself in because of your activism. I don’t know if I ever conquer fear. To me, the goal isn’t to be fearless. The goal is, how do I handle fear when I am in a situation? I am also a really weird person who sees right now [as] a sort of ground zero for humanity in many ways. I feel like there’s nothing to lose.