Much missed and deeply mourned 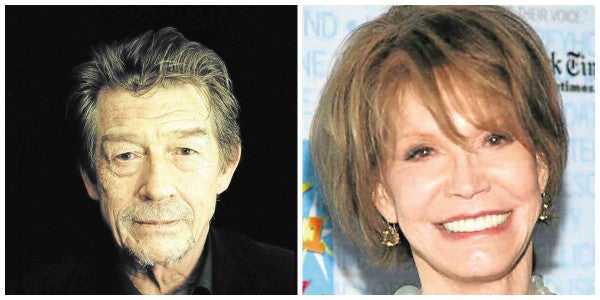 The saddening deaths of senior stellar ranks continue this early in 2017 with the much-lamented departure last month of the vivacious comedienne and TV icon, Mary Tyler Moore.

Known for her unusual combination of good looks and comedic flair, she was also credited with pioneering changes on TV that empowered both housewives and working women to assume more dominant roles in society—including sometimes wearing “the pants” in the family.

That last allusion refers to her signature small-screen character’s penchant for wearing slacks, not skirts, both in the house and at the workplace. In the ’60s, that was deemed well-nigh revolutionary, because it “liberated” women from restrictive and bothersome crinolines and stuff.

As a lead player in “The Dick Van Dyke Show,” Mary played a former dancer turned homemaker who was with-it and smart, encouraging female viewers to be similarly assertive and venturesome.

When she got her own TV starrer, “The Mary Tyler Moore Show,” (1970-77) she used it as an even more pointedly focused platform for her “empowering” advocacies. She played Mary Richards, a single woman who was a TV producer at a local channel—in other words, not just an employee, but the executive in charge.

Her movie roles were even more different and dynamic. In “Thoroughly Modern Millie,” her character lived up to the film’s title with her vivacity and drive. And “Ordinary People” (1980) was a decidedly downbeat drama about the disintegration of an American family, following a death in the family.

The film was so well-regarded and well-received that it won best picture at the Oscars, and its then first-time director, Robert Redford, similarly won an award for his exceptional work.

As for Moore, she too was hailed and singled out by way of a best actress nomination—an impressive achievement for a “TV sitcom” actress.

Another recent stellar “departee,” John Hurt, was acclaimed for his searingly textured screen characterizations, paced by his iconic titular portrayal of “The Elephant Man.”

The character was a grossly deformed man whose physical “monstrosity” terrified the public, but Hurt was able, through sheer dint of thespic brilliance and insight, to “humanize” him, so viewers could feel for, and with him.

Hurt followed up on that amazing achievement with similarly indelible and memorable portrayals in films like “Tinker Tailor Soldier Spy,” “Midnight Express,” “Alien,” and some “Harry Potter” movies.

The acclaimed actor received two Oscar nominations, a Golden Globe and four Bafta awards, including a prized lifetime achievement honor that capped his six decades of performance with fitting grandeur and gratitude.

Even after his recent death, Hurt will still be able to entertain viewers when his last film, “Darkest Hour,” is screened posthumously in November.

In it, he plays no less than British Prime Minister Neville Chamberlain, with his signature precision and distinction—an actor’s actor till the end!