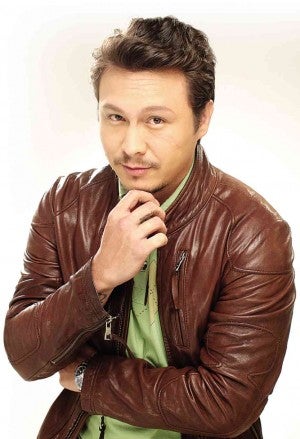 Actor Baron Geisler took to his Facebook account to announce the death of his 60-year-old mother, Gracia Bayoneto-Geisler, who had battled kidney malfunction and cancer of the lungs, thyroid and pancreas.

Geisler said that despite the pains of losing his mom on Sunday night, he and his family were at peace knowing that she “has gone home to the Creator and will no longer feel the pain brought to her by her sickness(es).”

In another Facebook post, the actor thanked his mom for everything she had done for him and disclosed that during her sick days, they never failed failed to say “I love you” to each other. Geisler praised God as his mother “is now in peace.”

Mrs. Geisler was diagnosed with chronic kidney disease late last year. Later it was found out that she had cancer of the lungs, thyroid. Despite her illnesses, she did not show signs of weakness and never complained to her family, according to her children.

Baron’s older sister, Grace Geisler-Morales, told Inquirer.net that their mother was diagnosed with “chronic kidney disease end of 2016,” and had undergone dialysis three times a week since then. “Late last year in November we found out she had OCPD (obsessive-compulsive personality disorder), lung cancer, thyroid cancer and pancreatic cancer aside from having kidneys that did not function. We found out on Nov 22, 2016, that she was already stage 4 so we suspected it to be there for a long time,” she added.

Morales described her mother as “very brave.” “She did not complain to her children when she was probably already feeling pained. She fought more for two months to be exact,” she said.