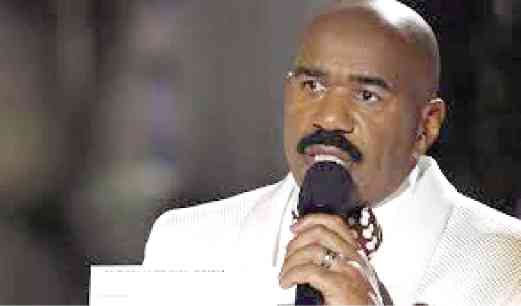 DAVAO CITY – Steve Harvey will arrive in Manila next week to prepare for his hosting of the 65th Miss Universe beauty pageant on Jan. 30.

This was announced by Tourism Undersecretary Kat de Castro in an interview with reporters here on Thursday.

Earlier, the DOT announced it got American singer-rapper Flo Rida to perform at the Miss Universe Pageant.

De Castro said another group, which she declined to identify on Thursday, has also agreed to perform in the top beauty pageant in the world.

“Their songs are popular,” was all De Castro could say about the group.

Several Miss Universe candidates arrived here Thursday afternoon for a tour in a mountain resort and a fashion event showcasing gowns made of Mindanao materials.

Harvey made headlines and set off a storm of jokes and controversy around the world in 2016 when he mistakenly announced Miss Colombia Ariadna Gutierrez as Miss Universe when he should have announced Miss Philippines Pia Alonzo Wurtzbach.  But to his credit, Harvey immediately corrected the announcement during the live telecast of the event, much to the shock of Wurtzbach and consternation of Miss Colombia who was already crowned and blowing kisses in the air at the time.

Eventually, everything turned out well, with Harvey personally apologizing to Gutierrez on his TV talk show, with Gutierrez becoming an actress in Hollywood, Wurtzbach happily performing her duties as Miss Universe from New York City, and Harvey being retained as Miss Universe host.  SFM