Drew and Iya go all out for Baby Primo 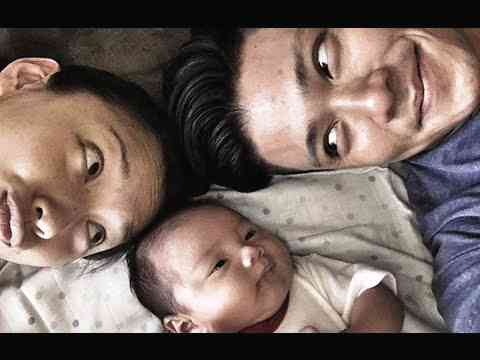 From left: Iya, Primo and Drew

Drew Arellano has always envisioned himself as a doting father. So, when his first child with wife Iya Villania finally came into the picture, the television host—as expected—couldn’t get enough of his 4-month-old baby, Antonio Primo, who “smiles and farts a lot.”

He changes his son’s diapers and lulls him to sleep. If Primo isn’t in the mood, Drew goes all out, dancing and singing—a full production number. “If only I could grow a breast, I would. Parang gusto ko ring magpa-dede!” he told reporters at a recent press conference for the new GMA 7 game show, “People vs The Stars,” which he will cohost with Iya.

“Whenever I feature beaches or other beautiful places in my shows, I imagine my child walking by my side, playing in the sand. When it finally happened, I was like, ‘Let’s do this!’” related Drew, whose biggest challenge as a father is trying to tone down his gigil for Primo.

Iya sees that eagerness. “Drew is such a fun-loving dad. And he wants to be as involved as he could in raising our baby. Sometimes, I catch him watching me breastfeed. I can see that he’s indeed a bit jealous,” jested Iya, adding that her perspective and priorities in life have changed when she gave birth—via normal delivery—in late August 2016.

“Before motherhood, I could do pretty much whatever I wanted. But now that I have Baby Primo, whom I’m determined to breastfeed, I set aside everything else…My schedule revolves around him,” Iya said. “Lack of sleep is tough, but once my son smiles, I just forget about it!”

This kind of dedication, Drew said, is exactly what he expected from his wife: “I knew she was going to be a super mom. I knew that she’s a very disciplined person who doesn’t veer away from her goal. That’s the same attitude she has toward taking care of our baby.”

About a decade together

Iya and Drew have been together for about 10 years before they tied the knot in 2014. For a while, they thought that there was nothing new to discover about each other anymore. “But I guess what I have learned from all this is that, I didn’t know that I could love a person more than I do now,” Iya said, prompting some teasing from Drew.

Unlike celebrity couples who refrain from posting photos of their children in social media to shield them from the vitriol of online trolls, Iya and Drew fill their feeds with cute photos of Primo.

“We don’t even think about it at times. We get happy and excited about our baby’s little milestones. And I guess it’s our instinct to share things that make us happy,” pointed out Iya.

But should anyone dare spew hate at Baby Primo, she said: “Ay, subukan lang nila (let them try)! But seriously, we wouldn’t give them attention—it’s their fuel.”

As new parents, they said it helps that they’re working on the same program. In “People vs The Stars,” which airs Sunday afternoons beginning today, celebrity contestants are asked eight peculiar, “mind-boggling” questions, each with a corresponding cash value. If they fail, the chance to win goes to viewers who must answer through text.

“We have hosted together a number of times in the past, so everything comes out naturally. The quips and jokes—as corny as they are sometimes—are spontaneous,” Iya said. “Walang sapawan (No stealing each other’s thunder).”

Asked how many more kids she would like to have, Iya said she’d be more than happy with two. “I want to have a girl. But if it’s a boy again, then maybe, we’ll try for a third,” she said. “We will see.”

And it looked like Drew couldn’t wait to get going. “Yes, sundan na ’yan (let’s have another kid)!” he said, laughing.