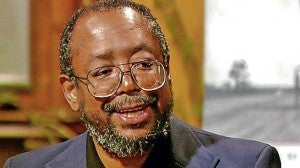 JONES. Author of “Lost in the City,” “The Known World” and “All Aunt Hagar’s Children.” flcenterlitarts.wordpress.com

AN INTIMATE gathering for Pulitzer Prize winner, Edward P. Jones, who’s known for his books, “Lost in the City,” “The Known World” and “All Aunt Hagar’s Children,” was held early this week at CCP.

“The Edward P. Jones Roadshow” was organized by the US Embassy for Jones to meet different artists. He was interested in the rise of independent cinema in the country, so the local filmmakers in our group came in handy.

“The Known World” won the 2004 Pulitzer Prize for Fiction. When we asked Jones if he intended to write immediately upon his return to the States, he modestly replied, “If something comes to me, I write. If it doesn’t, that’s all right. I’ll sit back, relax, and watch movies!”

This is his first visit to the Philippines. His busy schedule consists of touring schools, signing books, and having a dialogue with new and established writers and artists.

At the end of our meeting, he surprised us with a question: “I was held up in traffic yesterday, and I wondered, ‘If there’s an emergency, how does an ambulance maneuver its way out of the jam?’—because, in the States, everyone stops and gives way!” We answered with our biggest smile and said, “Welcome to Manila, Mr. Jones!”